07 MAY 2014 - BANGKOK, THAILAND: Women cheer for Suthep Thaugsuban at an anti-government rally in Lumpini Park in Bangkok. Thousands of members of the People's Democratic Reform Committee (PDRC), an anti-government organization led by Suthep Thaugsuban, gathered at their protest site in Lumpini Park in Bangkok to celebrate the ruling by the Thai Constitutional Court today that forced the ouster of Prime Minister Yingluck Shinawatra. This is the third consecutive popularly elected Thai government ousted by the courts. The Red Shirts, who support the government, are coming to Bangkok to protest court ruling later in the week. PHOTO BY JACK KURTZ 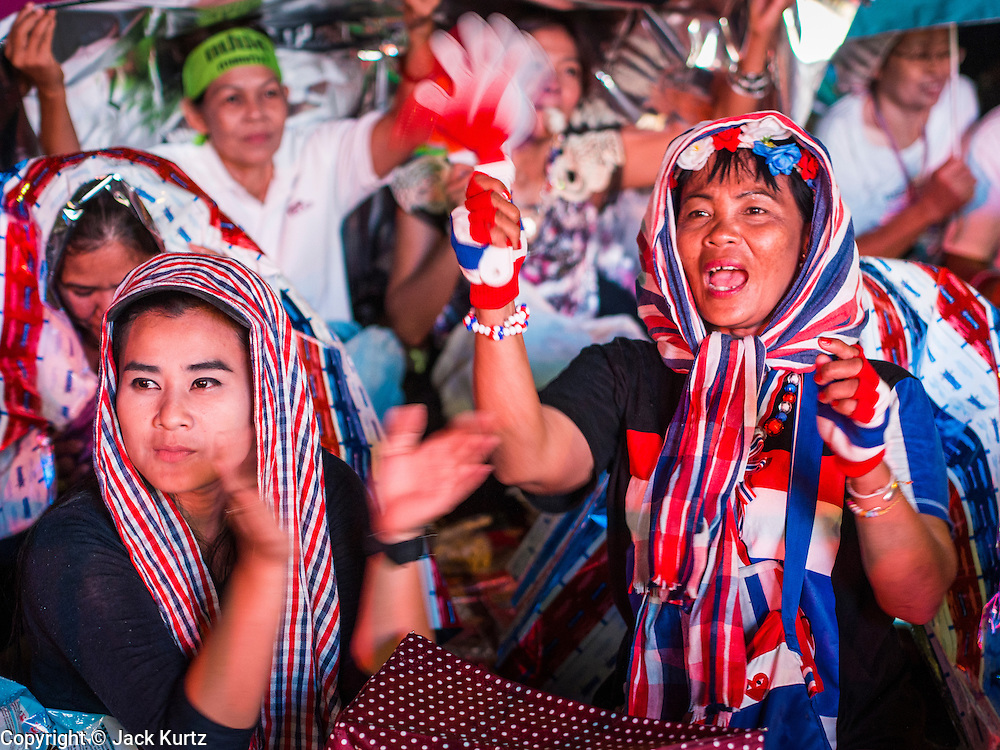