14 MARCH 2011 - PHOENIX, AZ: Public school students march around the plaza protesting the state's anti-immigrant atmosphere at the Arizona State Capitol in Phoenix Monday. Protests by immigrants' rights activists have continued as the state's conservative Republican legislators debate toughening the state's anti-immigrant bills. Some of the bills the state legislature has debated this year include eliminating birthright citizenship, a law that would require hospitals to check the immigration status of patients checking in for elective care, a bill that would require schools to verify the immigration status of students when they enroll and a bill that would require law enforcement to impound the cars of undocumented immigrants even if they have a legal driver's license from another state. Photo by Jack Kurtz 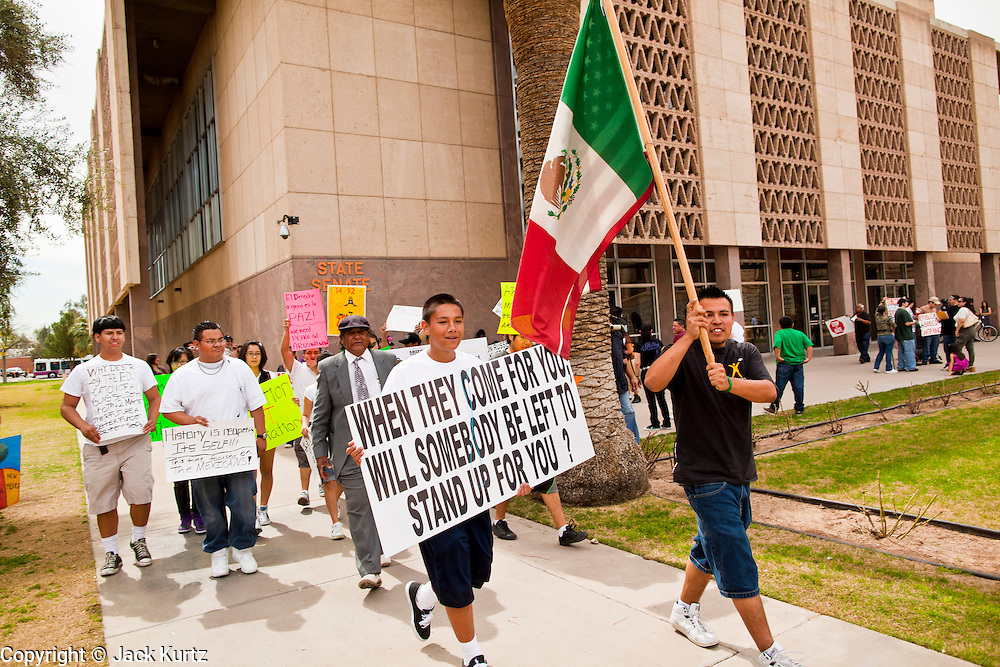