03 FEBRUARY 2013 - PHNOM PENH, CAMBODIA: Cambodians release birds along the Mekong River waterfront to honor former King Norodom Sihanouk, who ruled Cambodia from independence in 1953 until he was overthrown by a military coup in 1970. Releasing birds and small animals is a way of making merit for a better life in Cambodian culture. The only music being played publicly is classical Khmer music. Sihanouk died in Beijing, China, in October 2012 and will be cremated during a state funeral royal ceremony on Monday, Feb. 4. PHOTO BY JACK KURTZ 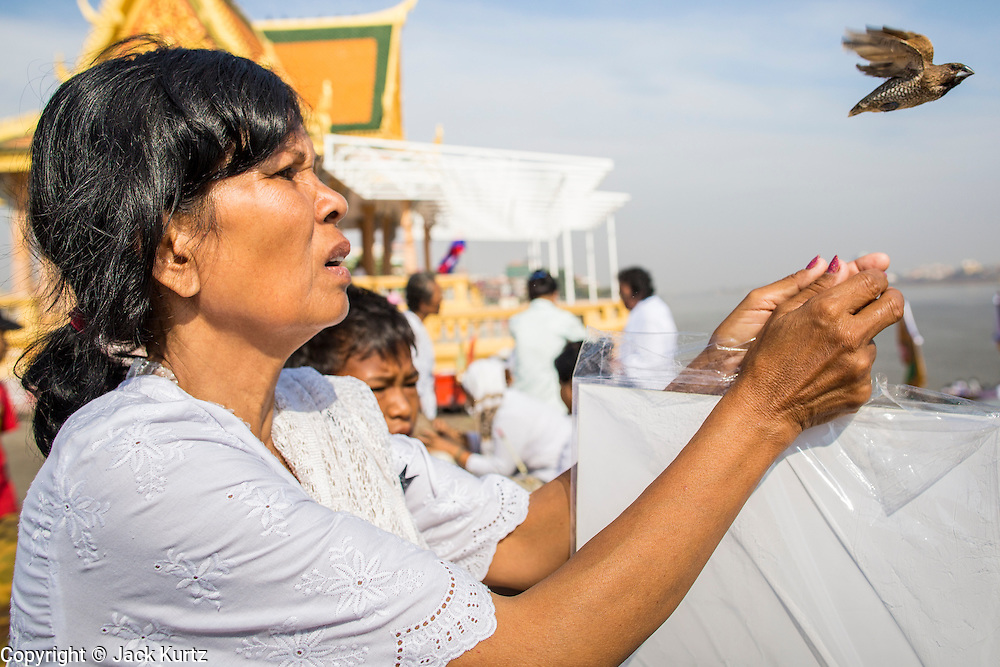