23 DECEMBER 2017 - HANOI, VIETNAM: Traffic on the Long Bien Bridge. Long Biên Bridge is a historic cantilever bridge across the Red River that connects two districts, Hoan Kiem and Long Bien of the city of Hanoi, Vietnam. It was originally called Paul Doumer Bridge. The bridge was built in 1899-1902 by the architects Daydé & Pillé of Paris, and opened in 1903. Before North Vietnam's independence in 1954, it was called Paul-Doumer Bridge, named after Paul Doumer - The Governor-General of French Indochina and then French president. At 1.68 kilometres (1.04 mi) in length, it was, at that time, one of the longest bridges in Asia. For the French colonial government, the construction was of strategic importance in securing control of northern Vietnam. From 1899 to 1902, more than 3,000 Vietnamese took part in the construction. PHOTO BY JACK KURTZ 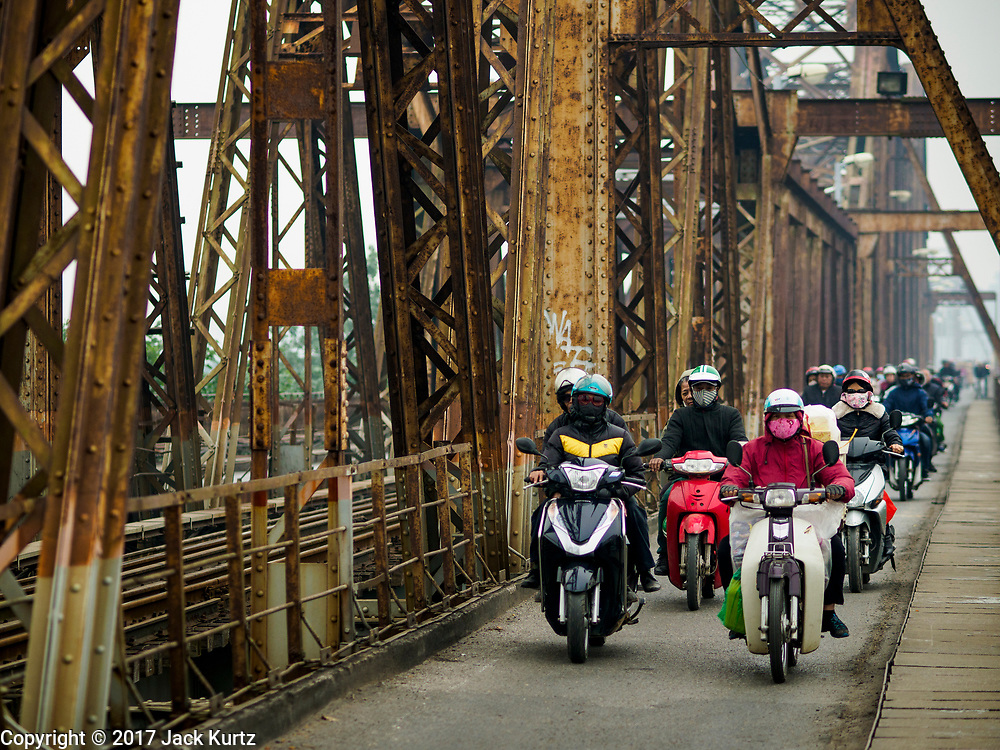