Sept 27, 2009 -- BACHO, NARATHIWAT: Muslim men pray at a mass grave near the 300 Year Mosque in Bacho, Narathiwat, Thailand, for 22 Muslim men killed by Thai security forces in Oct. 2004. According to local community leaders, many of the men in the grave are unidentified because the bodies were mutilated beyond recognition before they were returned to their families. Thailand's three southern most provinces; Yala, Pattani and Narathiwat are often called "restive" and a decades long Muslim insurgency has gained traction recently. Nearly 4,000 people have been killed since 2004. The three southern provinces are under emergency control and there are more than 60,000 Thai military, police and paramilitary militia forces trying to keep the peace battling insurgents who favor car bombs and assassination. Photo by Jack Kurtz / ZUMA Press 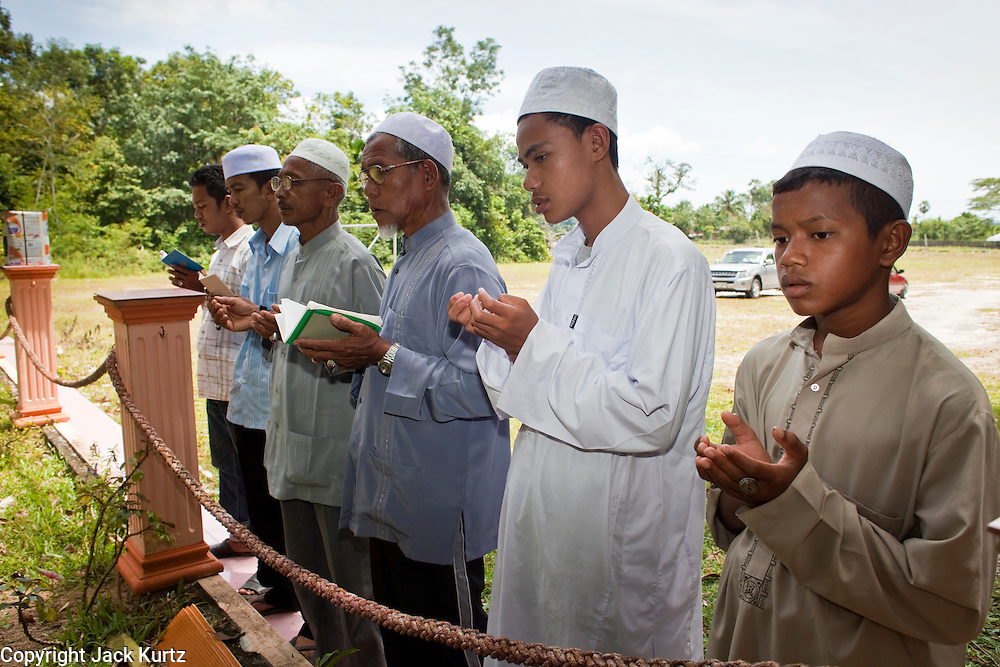