14 FEBRUARY 2015 - BANGKOK, THAILAND: A vendor makes "mee krop" (crispy rice noodles fried in tamarind sauce) at the new floating market opened in Khlong Phadung Krung Kasem, a 5.5 kilometre long canal dug as a moat around Bangkok in the 1850s. The floating market opened at the north end of the canal near Government House, which is the office of the Prime Minister. The floating market was the idea of Thai Prime Minister General Prayuth Chan-ocha. The market will be open until March 1. PHOTO BY JACK KURTZ 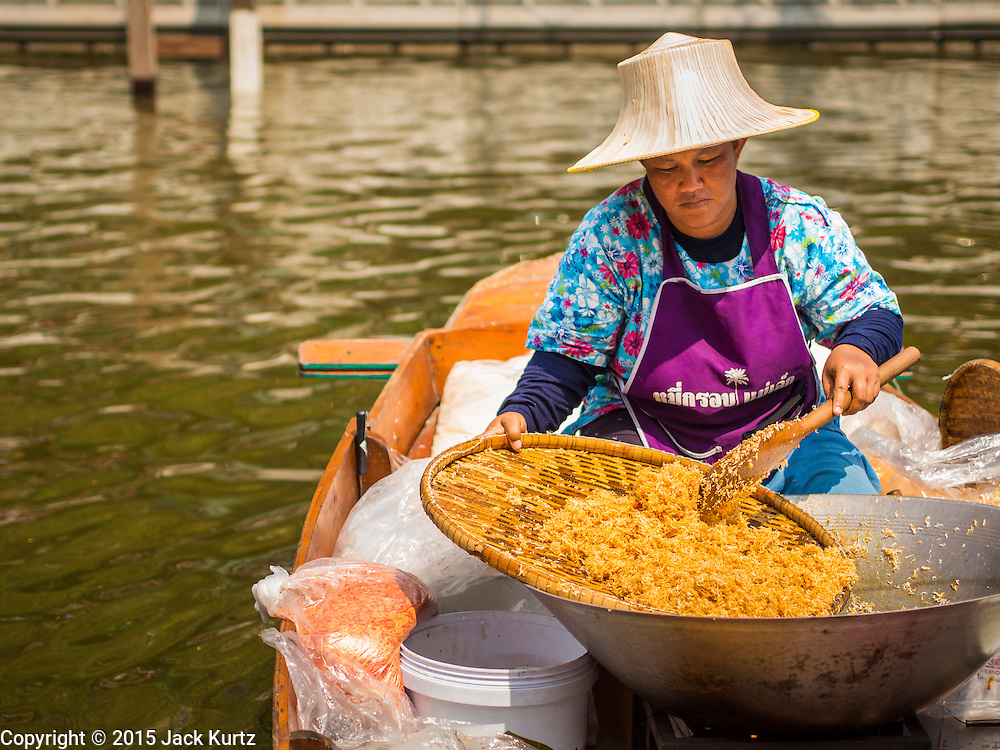