29 NOVEMBER 2016 - BANGKOK, THAILAND: Women take a "selfie" before donating alms to Buddhist monks at a special "tak bat" or merit making ceremony in the Ratchaprasong skywalk of the Bangkok BTS system. The tak bat was to honor Bhumibol Adulyadej, the Late King of Thailand. Food and other goods were given to the monks, who in turn gave the items to charities that will distribute them to Bangkok's poor. More than 100 Buddhist monks participated in the merit making ceremony. The ceremony was organized by the merchants in the Ratchaprasong Intersection, which includes some of Bangkok's most upscale shopping centers. PHOTO BY JACK KURTZ 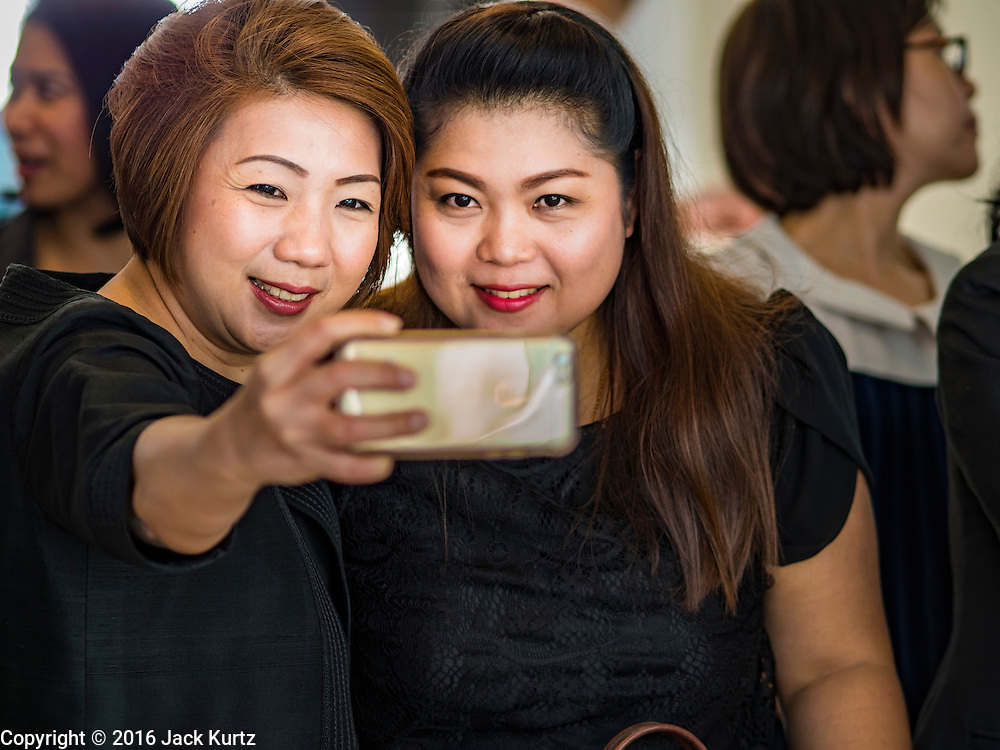