12 JULY 2011 - BANGKOK, THAILAND: Waitresses and dancers at a bar on Soi Cowboy in Bangkok look for drinks in a convenience store across the street from their bar. Soi Cowboy is a "red light" district in Bangkok and home to several brothels and "short time" hotels that charge by the hour for their rooms. Prostitution in Thailand is illegal, although in practice it is tolerated and partly regulated. Prostitution is practiced openly throughout the country. The number of prostitutes is difficult to determine, estimates vary widely. Since the Vietnam War, Thailand has gained international notoriety among travelers from many countries as a sex tourism destination. One estimate published in 2003 placed the trade at US$ 4.3 billion per year or about three percent of the Thai economy. It has been suggested that at least 10% of tourist dollars may be spent on the sex trade. According to a 2001 report by the World Health Organisation: "There are between 150,000 and 200,000 sex workers (in Thailand)." PHOTO BY JACK KURTZ 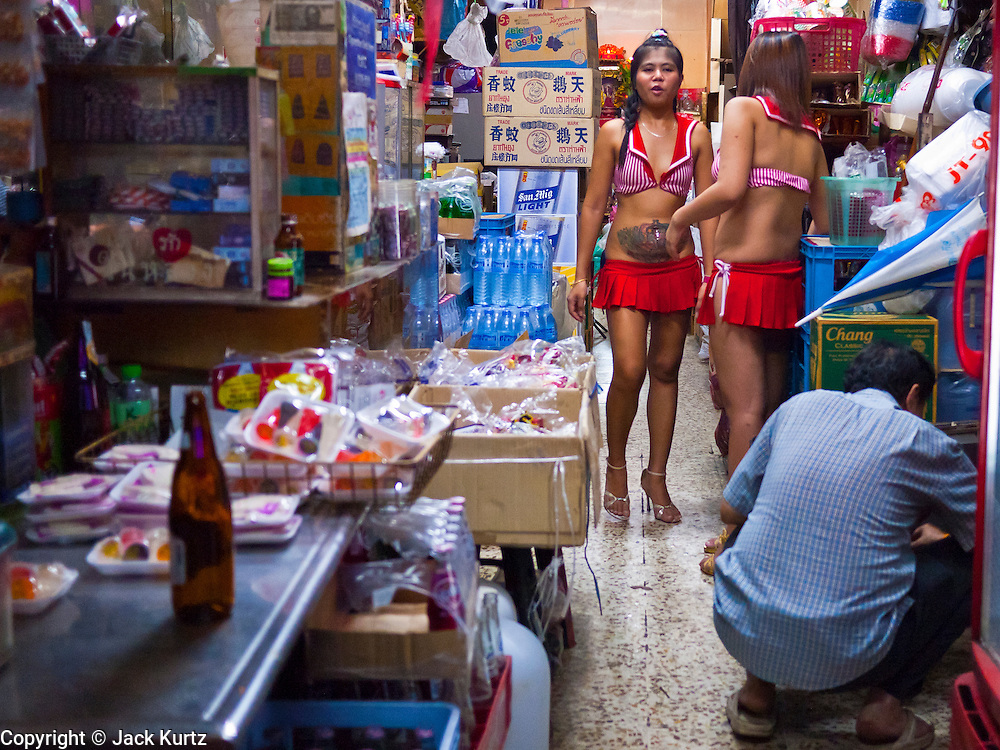