29 JANUARY 2018 - CAMALIG, ALBAY, PHILIPPINES: A nun with the Missionaries of Charity helps an evacuee from Barangay Gapo in a small shelter for people evacuated from Mayon volcano in Camalig. The Missionaries of Charity visited the shelter to hand out food and clothes. A woman at the shelter said they were out of clean drinking water and several people had come down with diarrhea and other stomach ailments. There are only 206 people at the shelter, many of the shelters have over 1,000 residents. Mayon volcano's eruptions continued Monday. At last count, more 80,000 people have been evacuated from their homes of the slopes of the volcano and are crowded into shelters in communities outside of the danger zone. PHOTO BY JACK KURTZ 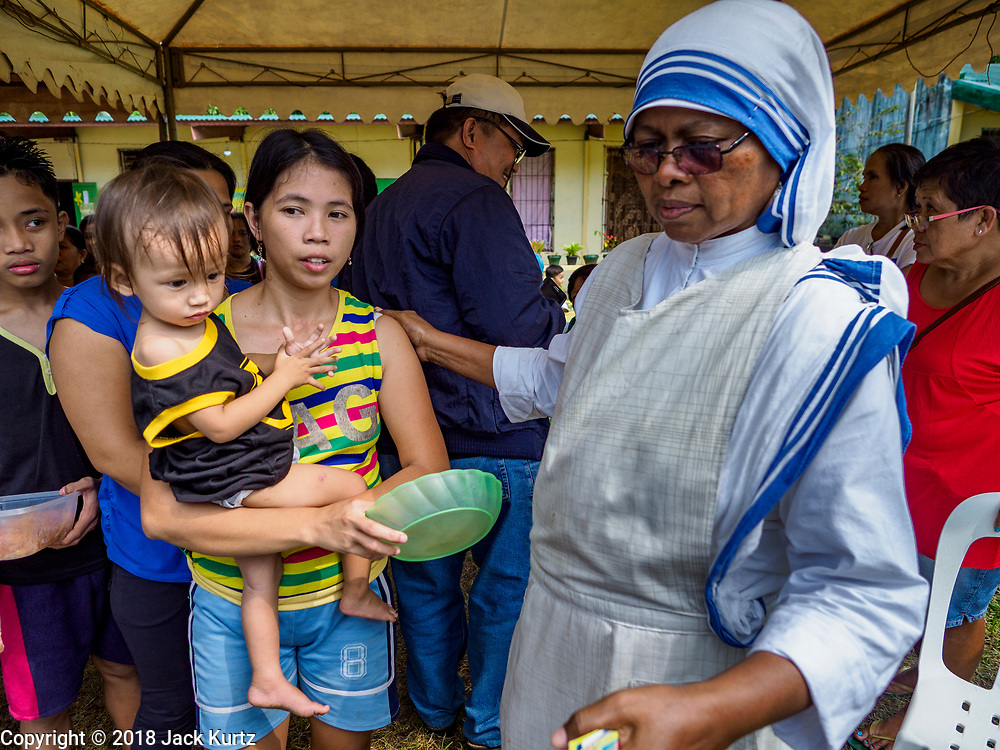