12 MAY 2014 - BANGKOK, THAILAND: SUTHEP THAUGSUBAN (center, blue shirt) meets with representatives of the Thai Senate while they sit in Phichai Road near the Parliament building in Bangkok. Several thousand protestors with the People's Democratic Reform Committee (PDRC) blocked access to the Thai Parliament building in Bangkok as a part of their continuing anti-government protests. The Parliament is not currently in session and was dissolved by former Prime Minister Yingluck Shinawatra but the Senate is in session. The protestors are demanding that the Senate dissolve the current Pheu Thai caretaker government and appoint a new Prime Minister and cabinet. Members of the Senate leadership met with Suthep Thaugsuban Monday to discuss the impasse. PHOTO BY JACK KURTZ 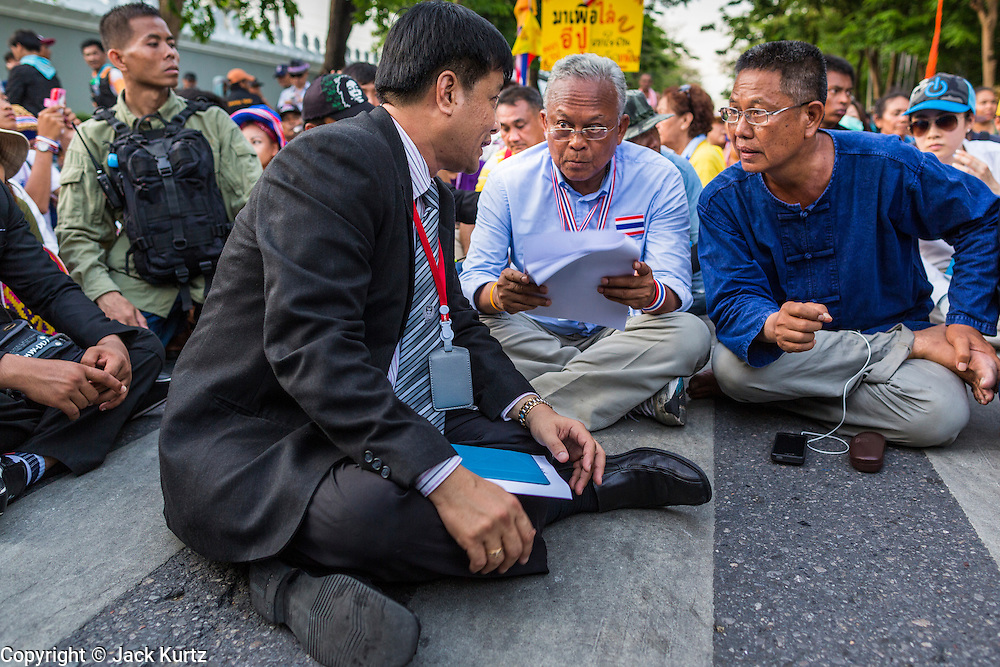