23 APRIL 2007 -- FT. MCDOWELL, AZ: DENNIS ARP, an Arizona beekeeper, checks and tends his hives on the Ft. McDowell Indian Reservation about 50 miles from Phoenix. Arp has been a commercial beekeeper in Flagstaff, AZ, for more than 20 years. He said he lost almost 50 percent of his hives in the last year for no apparent reason. The syndrome has been termed "Colony Collapse Disorder" and was first reported on the East Coast of the US last fall. Researchers do not know what is causing the disorder. Stress, parasites, disease, pesticides and a lack of genetic diversity are all being investigated. German researchers are also studying the possibility that radiation from cellphones is scrambling the bees' internal navigation systems. Arp said CCD has cost him about $60,000 (US) between replacement bees and contracts lost because so many of his hives have disappeared. Photo by Jack Kurtz 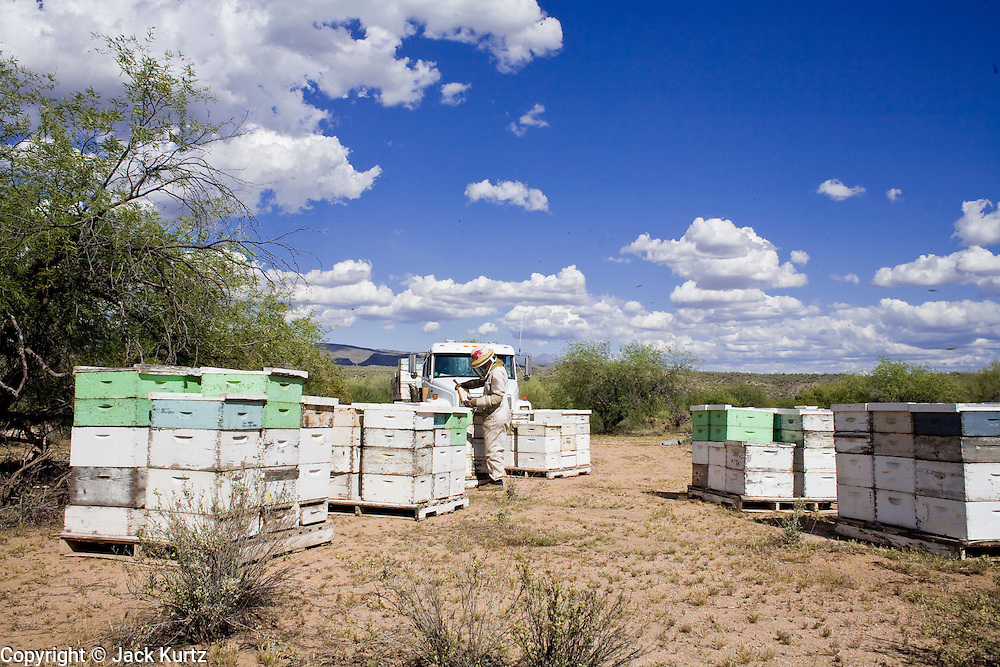