12 OCTOBER 2012 - NAKHON CHAI SI, NAKHON PATHOM, THAILAND: Workers check the growth of rice in a field near Nakhon Chai Si, Nakhon Pathom province, Thailand. Thailand's ruling Pheu Thai party and the government has launched a controversial program to increase the price farmers get for their rice. Under the program, the government guarantees farmers a minimum of $500 (US) per ton for their rice. The rice is then stockpiled by the government for sale at a later date. Critics assail the program as an economic boondoggle and improper manipulation of the market. The government says it's necessary to protect the country's rice farmers and the program is very popular with Thailand's rice growers, who are primarily located in central Thailand, where the ruling Pheu Thai party is weakest. Thailand is the world's leading rice exporter, but that title has been threatened recently by Vietnam, which is dramatically increasing rice production. PHOTO BY JACK KURTZ 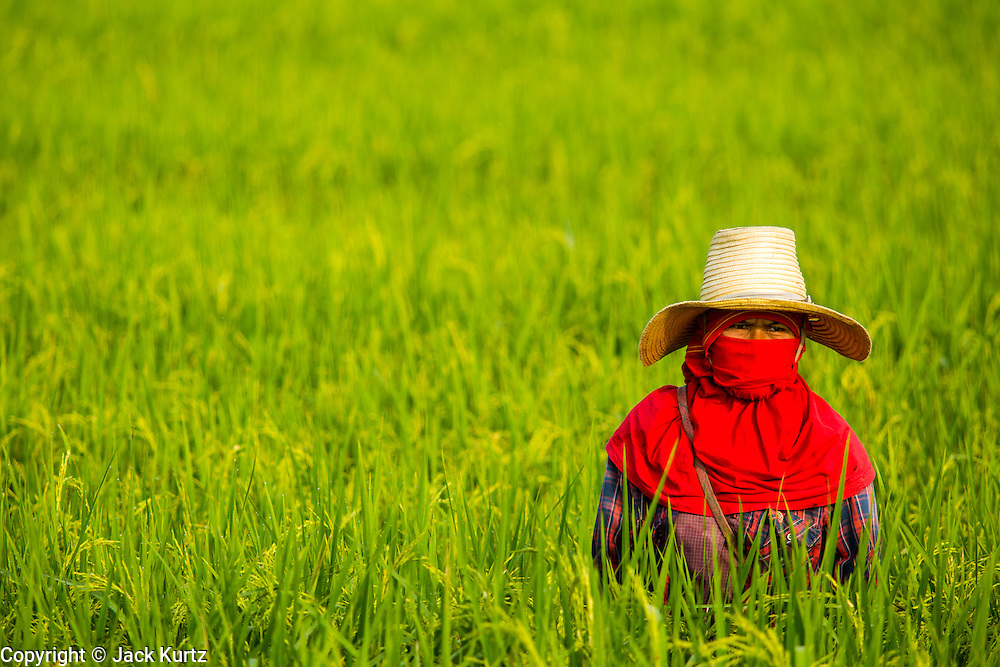