30 SEPTEMBER 2016 - SAI NOI, AYUTTHAYA, THAILAND: A student at the flooded Wat Boonkannawas School learns to backstroke in the floodwaters that surround the school. The students swim in the floodwaters that have inundated their playground. The Chao Phraya River, the largest river that runs through central Thailand, has hit flood stage in several areas in Ayutthaya and Ang Thong provinces. Villages along the river are flooded and farms are losing their crops due to the flood. This is the same area that was devastated by floods in 2011, but the floods this year are not expected to be as severe. The floods are being fed by water released from upstream dams. The water is being released to make room for heavy rains expected in October. PHOTO BY JACK KURTZ 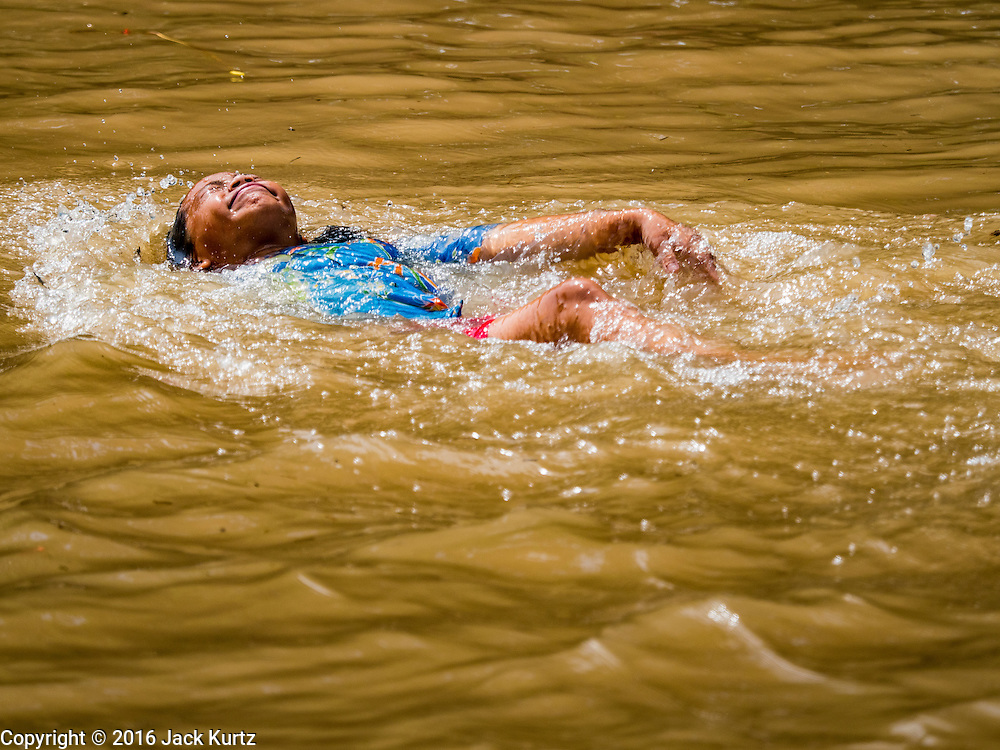