20 MAY 2010 - BANGKOK, THAILAND: Thai firefighters in "Big C" a department store in the Ratchaprasong Intersection in Bangkok Thursday. The store was one of more than 20 businesses attacked by arsonists working with the anti government Red Shirts and set ablaze after the Red Shirt leaders surrendered to police Wednesday. Most of the fires burned overnight and weren't fully extinguished until Thursday. The day after a military crackdown killed at least six people, Thai authorities continued mopping up operations around the site of the Red Shirt rally stage and battle fires set by Red Shirt supporters in the luxury malls around the intersection. PHOTO BY JACK KURTZ 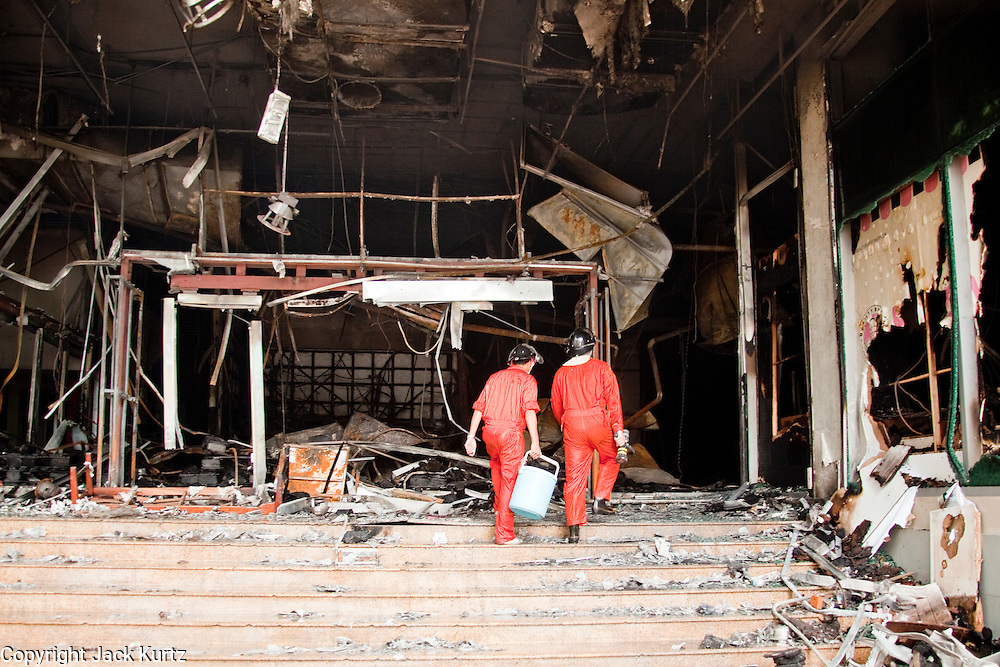