04 MAY 2010 - BANGKOK, THAILAND: Red Shirt protesters listen to speakers and party in the rain in front of their main stage at Ratchaprasong intersection in Bangkok Tuesday. Red Shirt protesters continued their actions in Bangkok Tuesday despite heavy thunderstorms that brought rain to the city.The Red Shirts have conditionally accepted the offer of Thai Prime Minister Abhisit Vejjajiva to dissolve parliament, investigate alleged human rights violations following the violence of April 10 and call for new elections in November of this year, 18 months earlier than they are currently scheduled, but they want more negotiation before they finalize any agreements. They said their protests would continue until a final agreement is reached. The Red Shirts, started their protest on March 13. They continue to call for Thai Prime Minister Abhisit Vejjajiva to step down and dissolve parliament immediately and demand the return of ousted Prime Minister Thaksin Shinawatra. PHOTO BY JACK KURTZ 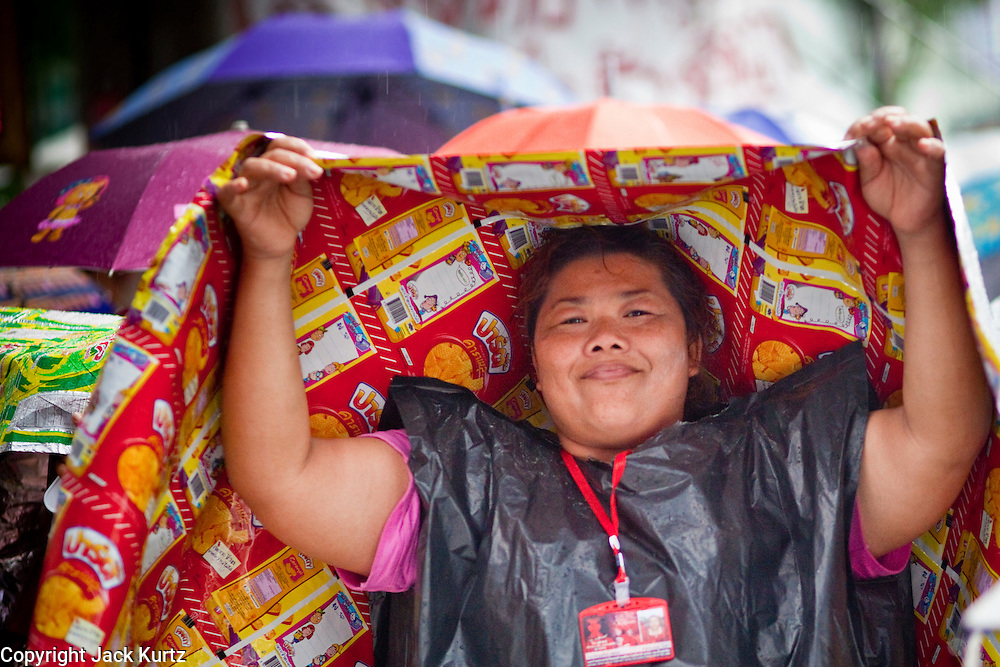