obamatucson 12 JANUARY 2011 - TUCSON, AZ: Betty Selvy (CQ) from Tucson, listens to the President and wipes away tears during the program in the University of Arizona stadium Wednesday when it was used for overflow seating during the Together We Thrive Tucson & America event on University of Arizona campus. Tens of thousands of people filed into the stadium to hear President Obama speak. The service is for the victims of Saturday's mass shooting at a Safeway in Tucson. ARIZONA REPUBLIC PHOTO BY JACK KURTZ..Gabrielle Giffords shooting, mass shooting, 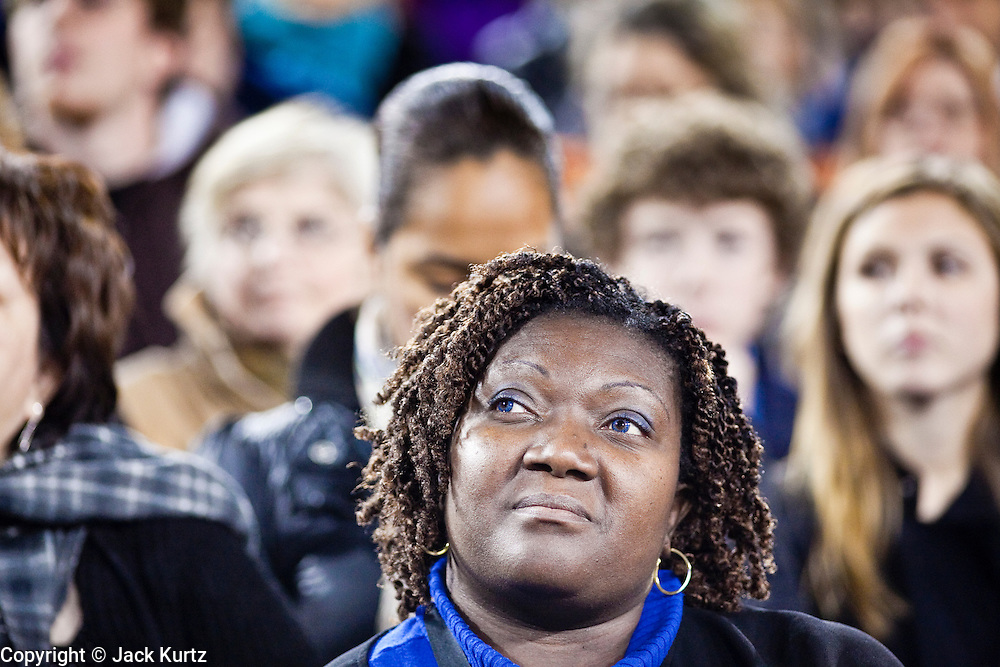