18 NOVEMBER 2017 - YANGON, MYANMAR: A woman prays in a shrine thought to bring material wealth to devotees at Botataung Pagoda in Yangon. Pope Francis is visiting Myanmar, September 27-30. It will be the first visit by a Pope to the overwhelmingly Buddhist nation. He will meet with the Aung San Suu Kyi and other political leaders and will participate in two masses in Yangon. The Pope is expected to talk about Rohingya issue while he is in Myanmar. The Rohingya are persecuted Muslim minority in Rakhine state in western Myanmar. It's not clear how Myanmar's politically powerful nationalist monks will react if the Pope openly talks about the Rohingya. In the past, the monks have led marches and demonstrations against foreign diplomatic missions when foreign ambassadors have spoken in defense of the Rohingya. There is not much visible sign of the Pope's imminent visit in Yangon, which is estimated to be more than 90% Buddhist. PHOTO BY JACK KURTZ 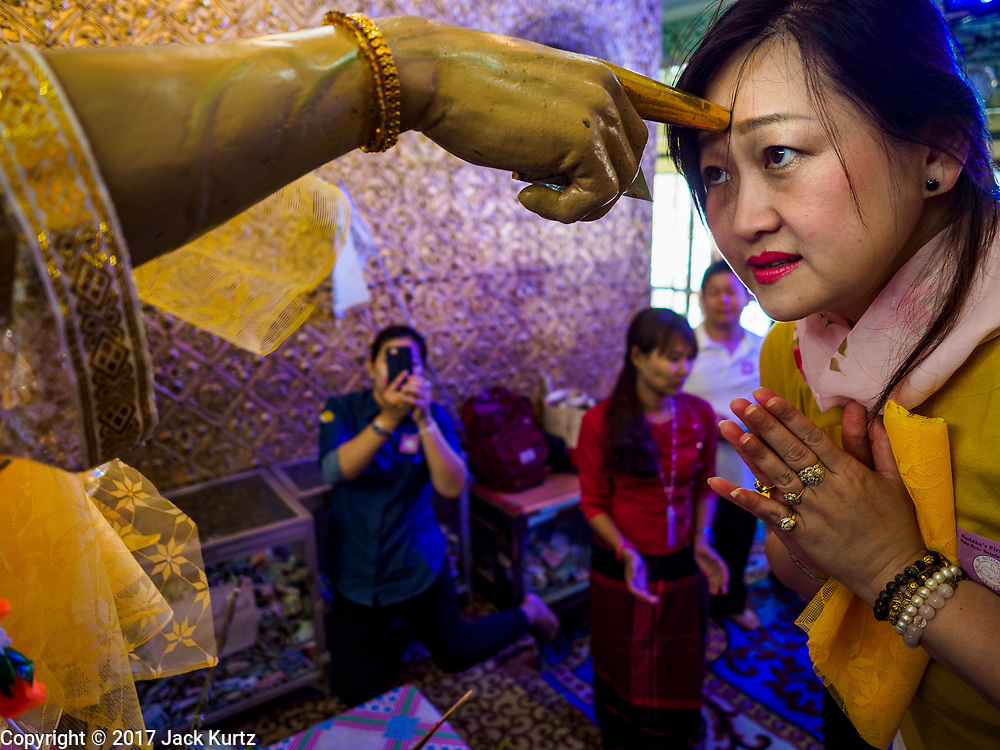