20 SEPTEMBER 2015 - SARIKA, NAKHON NAYOK, THAILAND: Chinese Lion Dancers prostrate themselves before a Buddhist monk at the Ganesh festival at Shri Utthayan Ganesha Temple in Sarika, Nakhon Nayok. Ganesh Chaturthi, also known as Vinayaka Chaturthi, is a Hindu festival dedicated to Lord Ganesh. Ganesh is the patron of arts and sciences, the deity of intellect and wisdom -- identified by his elephant head. The holiday is celebrated for 10 days. Wat Utthaya Ganesh in Nakhon Nayok province, is a Buddhist temple that venerates Ganesh, who is popular with Thai Buddhists. The temple draws both Buddhists and Hindus and celebrates the Ganesh holiday a week ahead of most other places. PHOTO BY JACK KURTZ 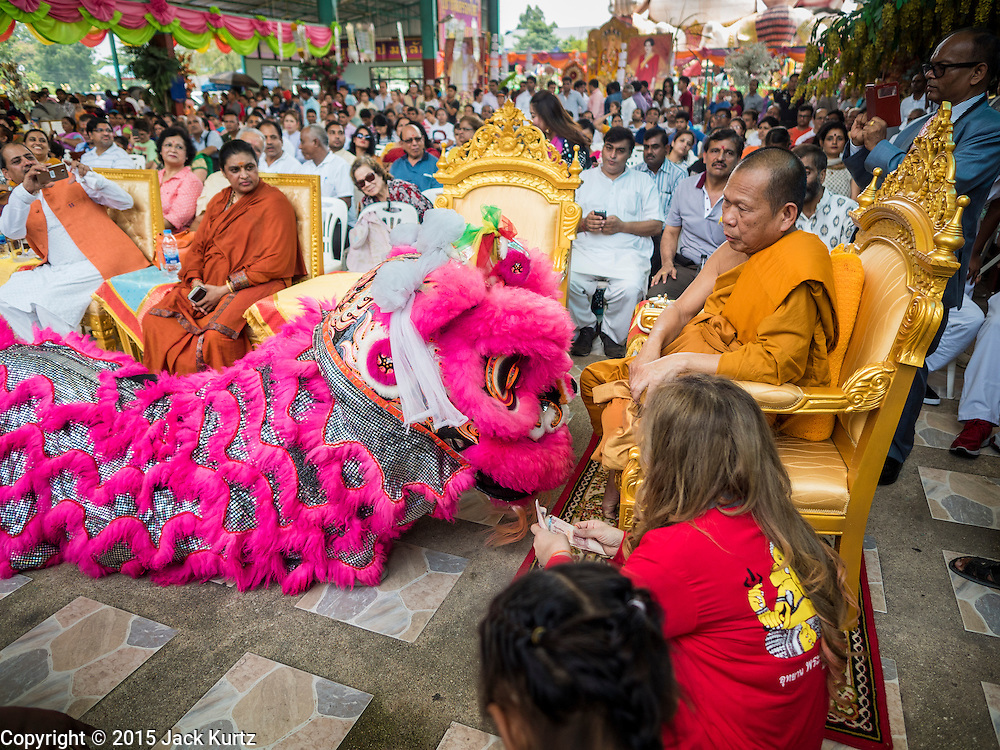