03 APRIL 2004 - SAN MIGUEL DE ALLENDE, GUANAJUATO, MEXICO: The bride and groom are pelted with rice as they come out of the church after their wedding at the Iglesia Parroguia, the principal Catholic church in San Miguel de Allende, Mexico. San Miguel, which was founded in the 1600s, is one of Mexico's premier colonial cities. It has very strict zoning and building codes meant to preserve the historic nature of the city center. About 7,500 US citizens, mostly retirees, live in San Miguel. PHOTO BY JACK KURTZ 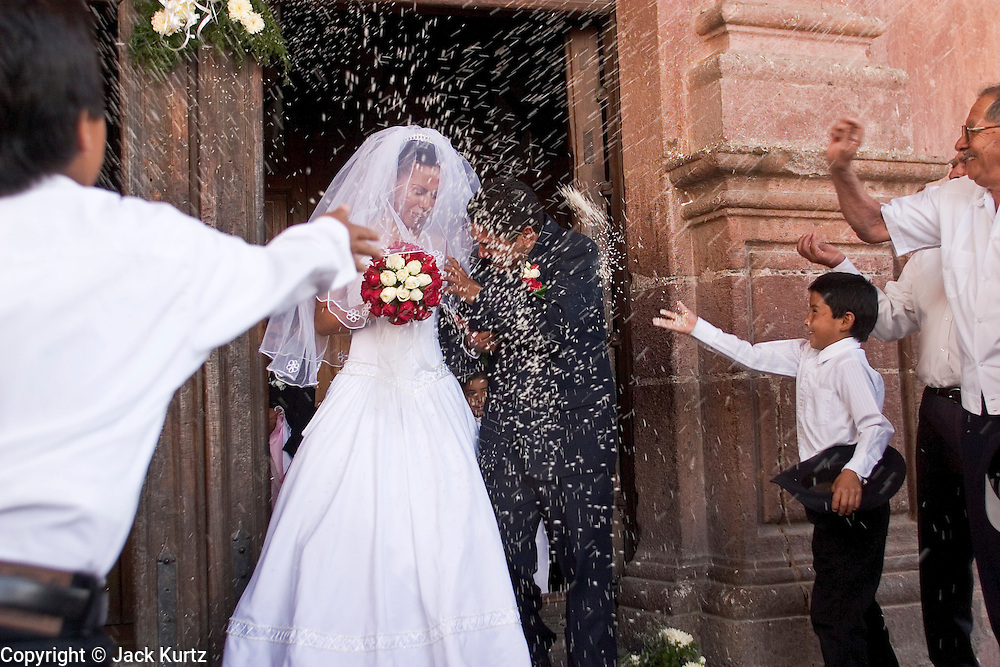