11 OCTOBER 2010 - PHOENIX, AZ: HILDA CANALES, from Phoenix, AZ, waves the American and Mexican flags in front of the Phoenix police headquarters Monday night. About 300 people gathered at the Phoenix Police Department headquarters building Monday night to protest the shooting of Daniel Rodriguez and his dog. The officers responded to a 911 call made by Rodriguez' mother. A scuffle ensued when they arrived and Phoenix police officer Richard Chrisman shot Rodriguez, who was unarmed, and his dog. Chrisman then allegedly filed a false report about the event. He has been arrested on felony assault charges. The event has angered some in the Latino community and they have held a series of protests at the police headquarters. They want Chrisman charged with murder. Photo by Jack Kurtz 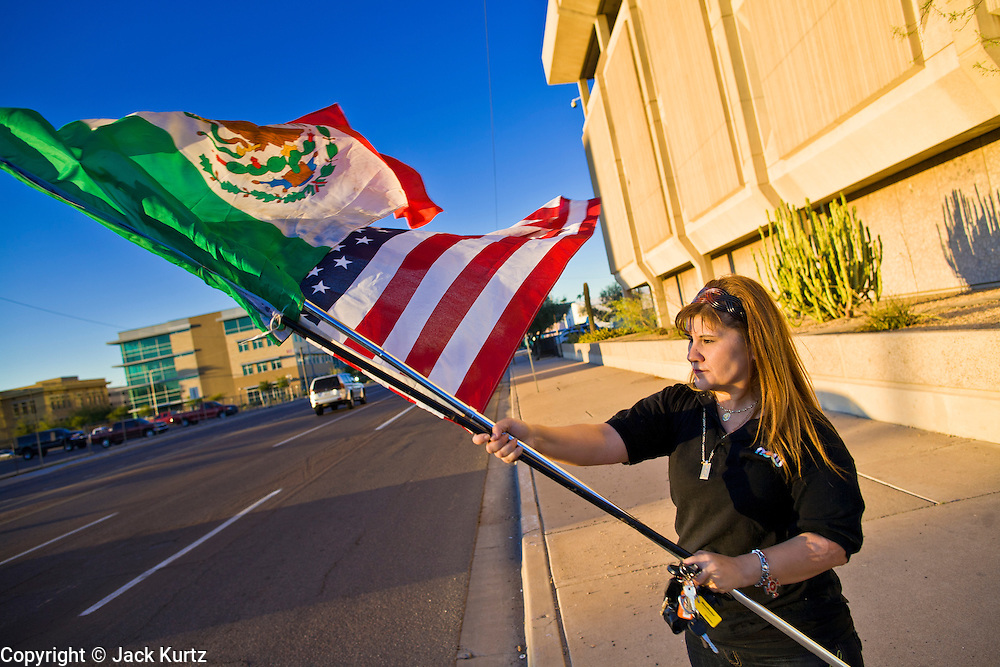