15 JULY 2011 - PHRA PHUTTHABAT, SARABURI, THAILAND: A man prepares to wash the feet of passing monks during the Tak Bat Dok Mai at Wat Phra Phutthabat in Saraburi province of Thailand, Friday, July 15. Wat Phra Phutthabat in Phra Phutthabat, Saraburi, Thailand, is famous for the way it marks the beginning of Vassa, the three-month annual retreat observed by Theravada monks and nuns. The temple is highly revered in Thailand because it houses a footstep of the Buddha. On the first day of Vassa (or Buddhist Lent) people come to the temple to "make merit" and present the monks there with dancing lady ginger flowers, which only bloom in the weeks leading up Vassa. They also present monks with candles and wash their feet. During Vassa, monks and nuns remain inside monasteries and temple grounds, devoting their time to intensive meditation and study. Laypeople support the monastic sangha by bringing food, candles and other offerings to temples. Laypeople also often observe Vassa by giving up something, such as smoking or eating meat. For this reason, westerners sometimes call Vassa the "Buddhist Lent." The tradition of Vassa began during the life of the Buddha. Most of the time, the first Buddhist monks who followed the Buddha did not stay in one place, but walked from village to village to teach. They begged for their food and often slept outdoors, sheltered only by trees. But during India's summer rainy season living as homeless ascetics became difficult. So, groups of monks would find a place to stay together until the rain stopped, forming a temporary community. Wealthy laypeople sometimes sheltered monks on their estates. Eventually a few of these patrons built permanent houses for monks, which amounted to an early form of monastery. PHOTO BY JACK KURTZ 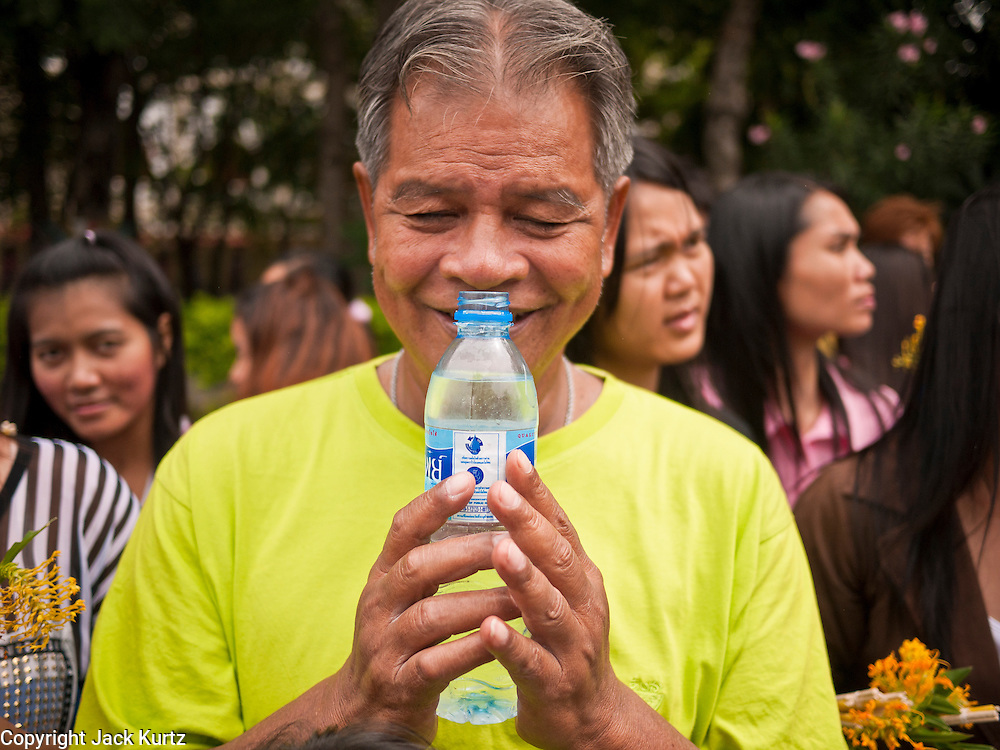