23 JANUARY 2013 - BANGKOK, THAILAND: Supporters of Somyot Prueksakasemsuk in front of the Bangkok Criminal Court to show their support for the convicted magazine editor. Somyot was sentenced to 11 years imprisonment for "Lese Majeste" violations Wednesday. He was arrested on April 30, 2011, and charged under article 112 of Thailand's penal code, which states that ?whoever defames, insults or threatens the King, the Queen, the Heir-apparent or the Regent, shall be punished with imprisonment of three to fifteen years" after the magazine he edited, "Red Power" (later changed to "The Voice of Thaksin") published two articles by Jit Pollachan, the pseudonym of Jakrapob Penkair, the exiled former spokesman of exiled fugitive former Prime Minister Thaksin Shinawatra. Jakrapob, now living in Cambodia, has never been charged with any crime for what he wrote. PHOTO BY JACK KURTZ 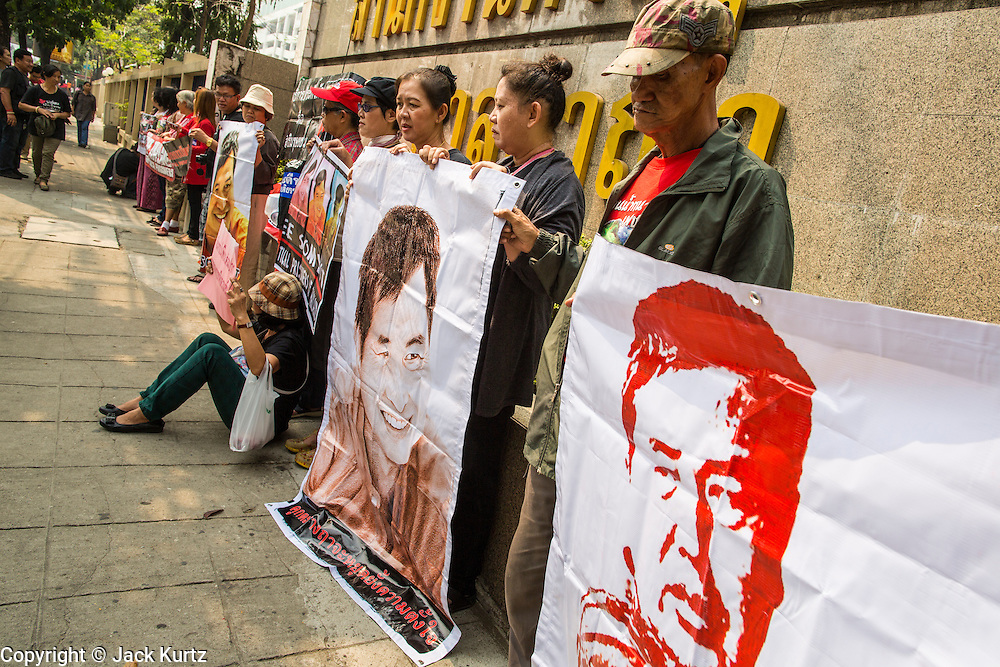