16 MAY 2010 - BANGKOK, THAILAND: Thai civilians who live in the area of the Red Shirt camp leave through a checkpoint manned by Thai troops Sunday. The Thai government is trying to clear the area of civilians ahead of an expected military operation to end the Red Shirt protest. Elsewhere in Bangkok, Thai troops and anti government protesters clashed on Rama IV Road again Sunday afternoon in a series of running battles. Troops fired into the air and unidentified snipers shot at pedestrians on the sidewalks. At one point Sunday the government said it was going to impose a curfew only to rescind the announcement hours later. The situation in Bangkok continues to deteriorate as protests spread beyond the area of the Red Shirts stage at Ratchaprasong Intersection. Many protests now involve people who have not been active in the Red Shirt protests and live in the area of Rama IV. Red Shirt leaders have called for a cease fire, but the government indicated that it is going to go ahead with operations to isolate the Red Shirt camp and clear the streets. PHOTO BY JACK KURTZ 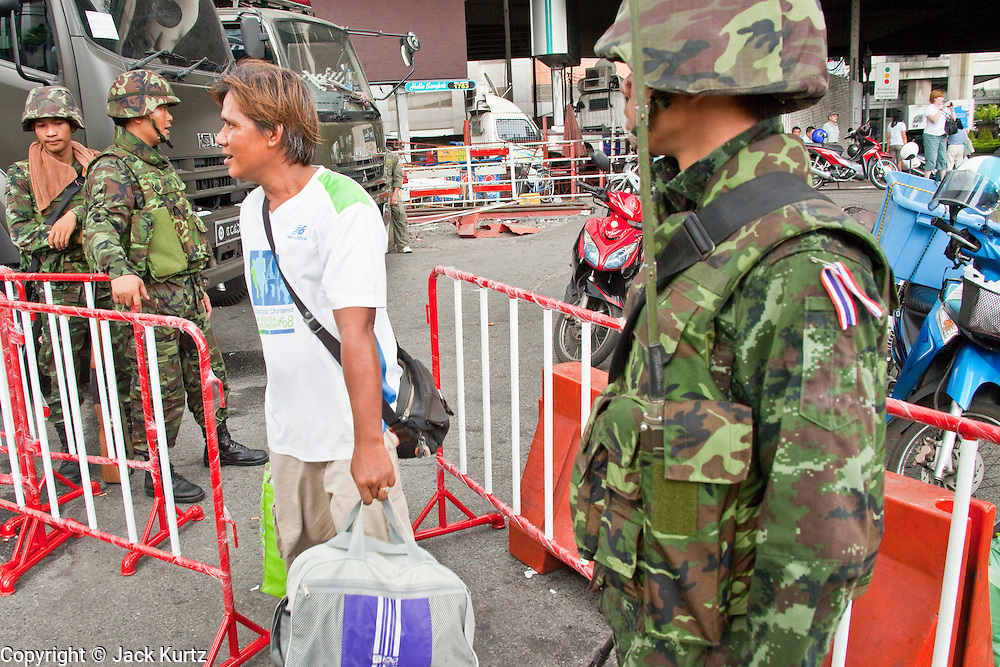