08 AUGUST 2007 -- ISTANBUL, TURKEY: The Kariye Museum in Istanbul, Turkey. The museum was originally the Church of the Holy Saviour Outside the Walls (because it was outside Roman Emperor Constantine's walls) it was converted into mosque after Mehmet the Conqueror captured the city. The tile mosaics in the church were plastered and painted over when it was a mosque and later restored when Ataturk converted the mosque into a museum during his secular reforms. Istanbul, a city of about 14 million people, and the largest city in Turkey, straddles the Bosphorus Straits between Europe and Asia. It is one of the oldest cities in the world. It was once the center of the Eastern Roman Empire and was called Constantinople, named after the Roman Emperor Constantine. In 1453, Mehmet the Conqueror, Sultan of the Ottoman Empire, captured the city and made it the center of the Ottoman Turkish Empire until World War I. After the war, the Ottoman Empire was dissolved and modern Turkey created. The capitol was moved to Ankara but Istanbul (formerly Constantinople) has remained the largest, most diverse city in Turkey. Photo by Jack Kurtz 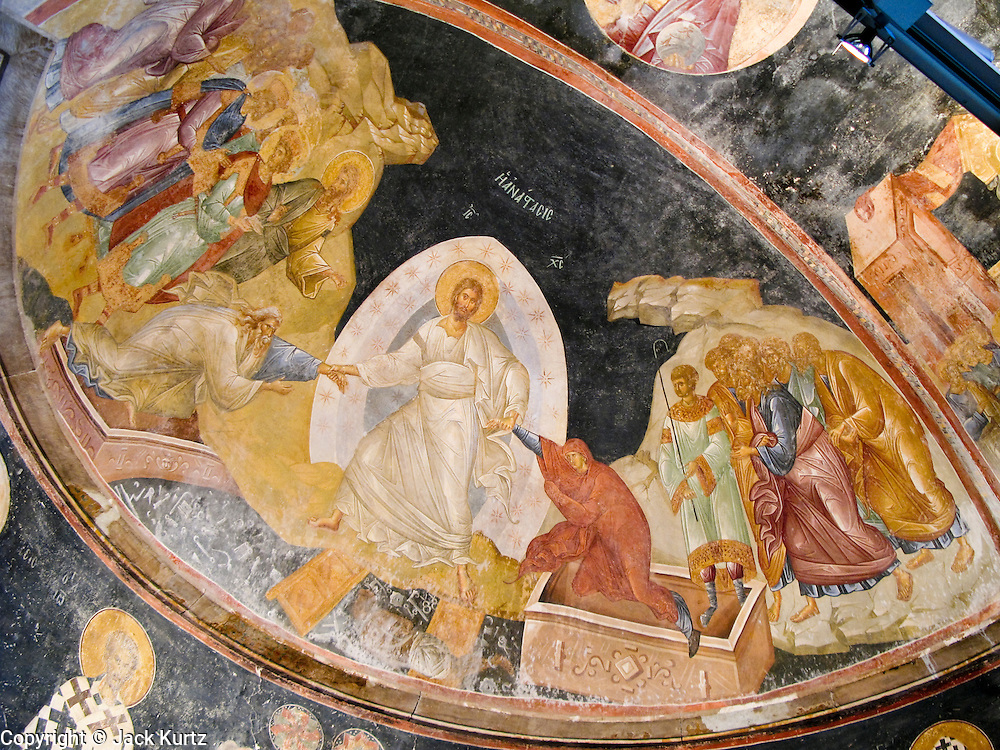