07 JUNE 2021 - DES MOINES, IOWA: TERRY R. WELLS, background tye-died tee shirt and head band, talks to people at a Moral Monday demonstration in Des Moines. He talked about the high cost of rent in Des Moines and the special needs of many in the community. About 20 representatives from The Poor People's Campaign in Des Moines gathered near the State Capitol for a "National Call for Moral Revival." It was a part of a national effort to build a "Third National Reconstruction." They called for a living wage that reflects the cost of living in Iowa (working at the state minimum wage, it takes 80 hours of work per week to afford a two bedroom apartment) and end military support for Iowa police agencies (between 2008-2014, Iowa law enforcement agencies got $7.7 million in military grade equipment.) PHOTO BY JACK KURTZ 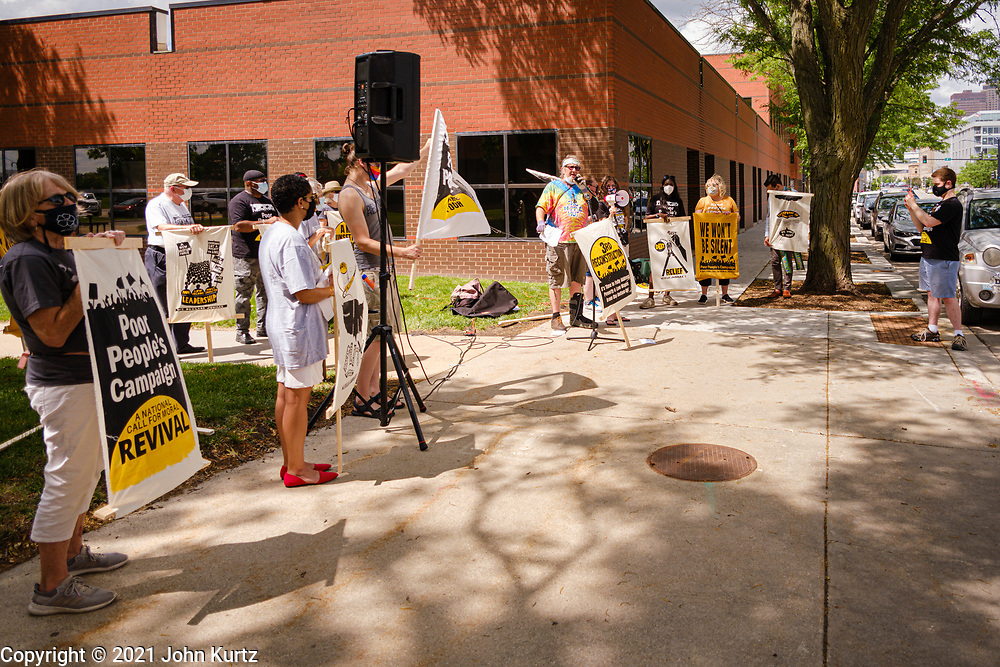