07 JULY 2011 - BANGKOK, THAILAND: Women exercise early in the morning with folding fans in Lumphini Park in Bangkok. Lumphini Park (also Lumpini or Lumpinee) is a 360-rai (57.6-hectare or 142-acre) park in Bangkok, Thailand. The park offers open public space, trees and playgrounds in the Thai capital and contains an artificial lake where visitors can rent a variety of boats. Paths around the park totalling approximately 2.5 km in length are a popular area for evening joggers. Lumpini Park was created in the 1920s by King Rama VI on royal property. A statue of the king stands at the southwestern entrance to the park. It was named for Lumbini, the birthplace of the Buddha in Nepal, and at the time of its creation stood on the outskirts of the city. Today it lies in the heart of the main business district and is in the Lumphini sub-district, on the north side of Rama IV Road, between Ratchadamri Road and Witthayu (Wireless) Road. PHOTO BY JACK KURTZ 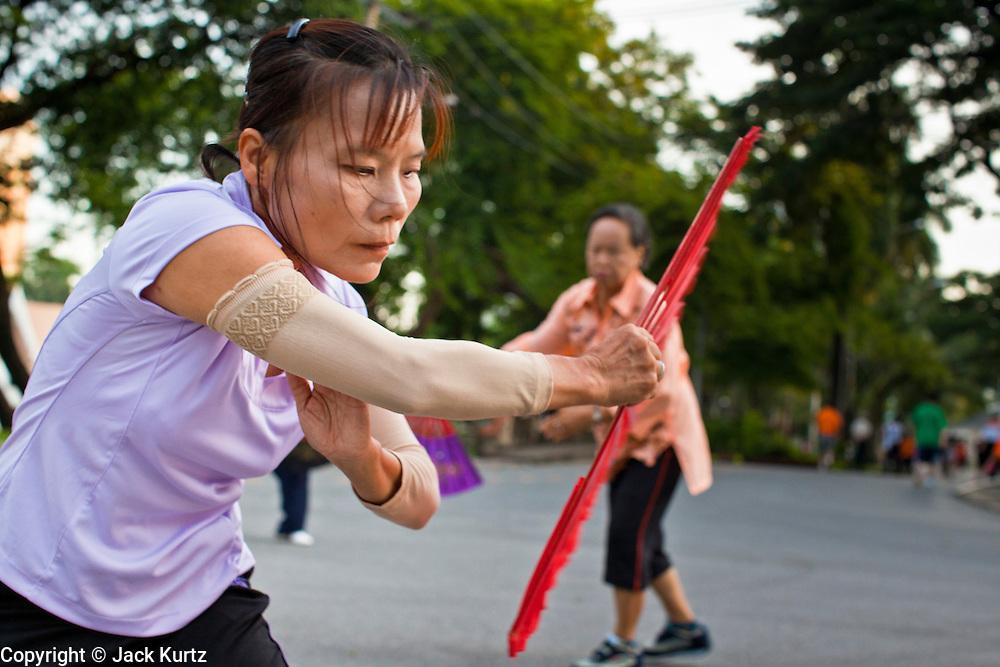