23 APRIL 2011 - PHOENIX, AZ: People at an immigration rally in Phoenix Saturday. About 500 immigrants' rights supporters marched through Phoenix, AZ, Saturday, April 23 to protest the first anniversary of SB1070, Arizona's tough anti-immigrant law. The law was signed by Gov Jan Brewer on April 23, 2010. The federal courts have blocked implentation of the law on constitutional grounds and it has yet to be enforced. Photo by Jack Kurtz 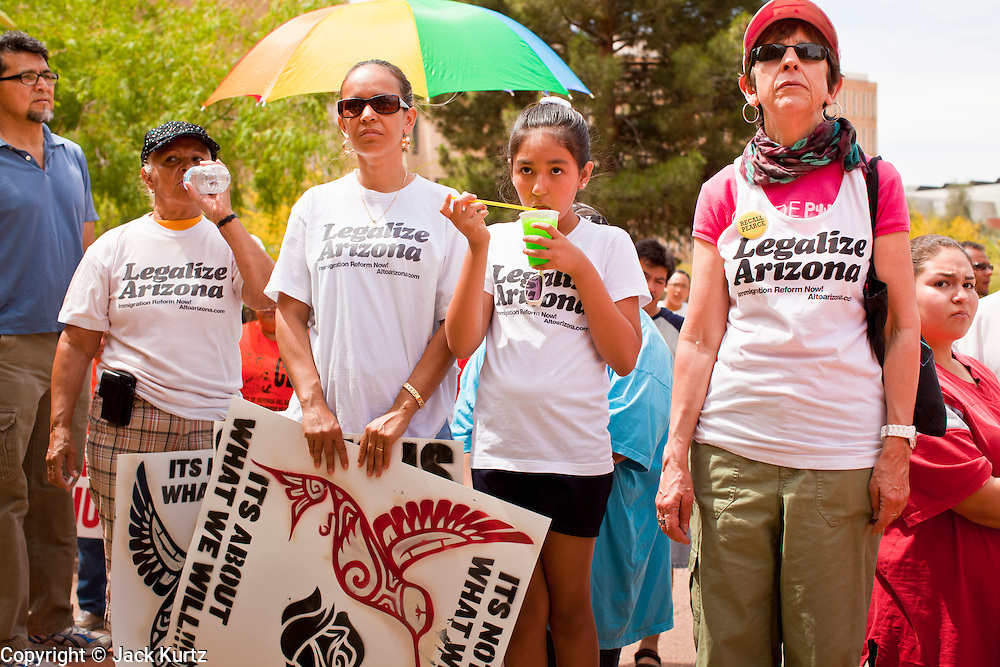