June 13 - PHOENIX, AZ: A children's choir performs at an immigrants' rights rally and vigil at the Arizona State Capitol Sunday. About 40 immigrants' rights activists from Anaheim, California, joined Phoenix area activists at the Arizona State Capitol Sunday for a prayer vigil and rally against SB 1070, the Arizona law that gives local law enforcement agencies the power to ask to see proof of immigration status in the course of a "lawful contact" and when "practicable." Immigrants' rights and civil rights activist say the bill will lead to racial profile. Proponents of the bill say it is the toughest local anti-immigration bill in the country and merely brings state law into line with federal immigration law. The law, which was signed by the Arizona Governor in April, goes into effect on July 29, 2010. Photo by Jack Kurtz 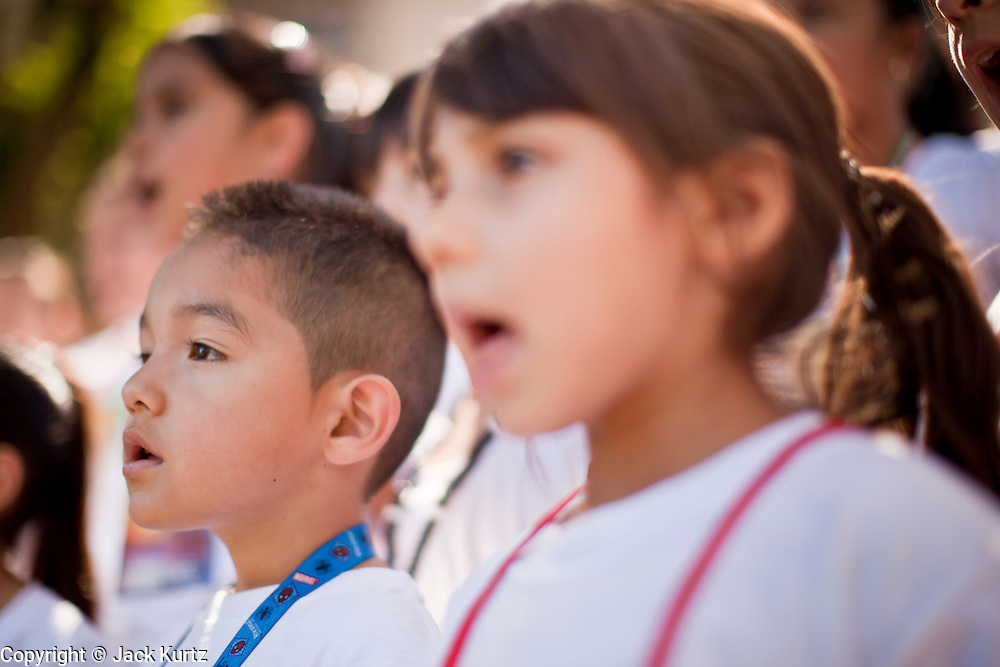