26 DECEMBER 2013 - BANGKOK, THAILAND: An anti-government protestor holds up a rubber bullet and metal nuts he said were fired at protestors by Thai riot police at the Thai Japan Stadium. Thousands of anti-government protestors flooded into the area around the Thai Japan Stadium to try to prevent the drawing of ballot list numbers by the Election Commission, which determines the order in which candidates appear on the ballot of the Feb. 2 election. They were unable to break into the stadium and ballot list draw went as scheduled. The protestors then started throwing rocks and small explosives at police who responded with tear gas and rubber bullets. At least 20 people were hospitalized in the melee and one policeman was reportedly shot by anti-government protestors. PHOTO BY JACK KURTZ 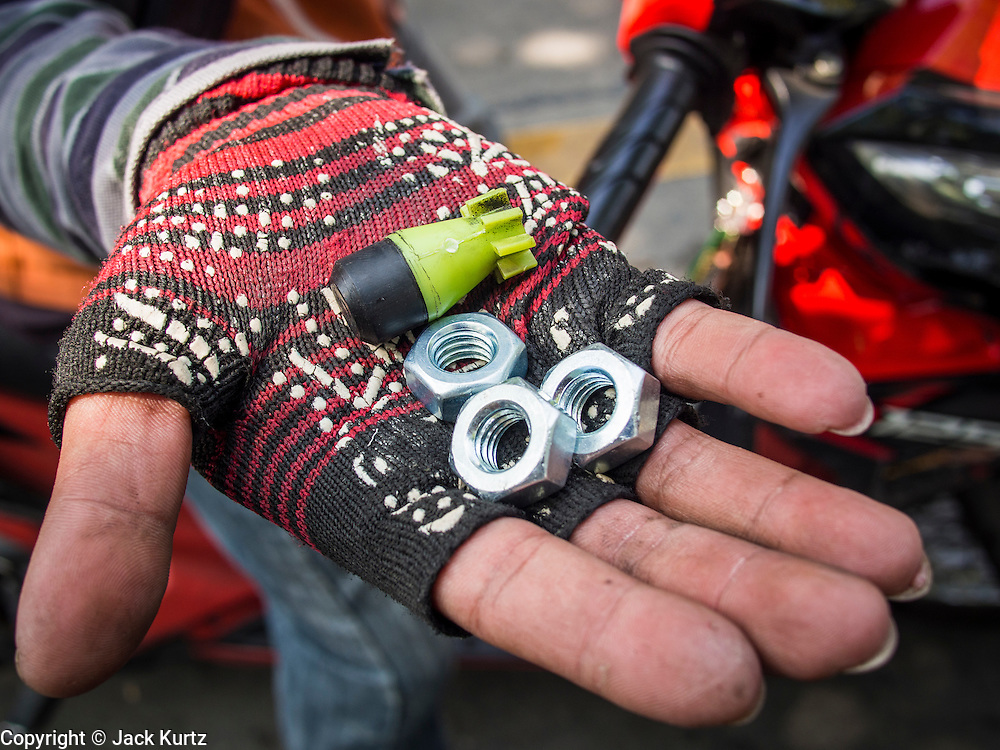