24 AUGUST 2010 -- TUCSON, AZ: A supporter of Gov Jan Brewer takes their photo with his cell phone camera in Tucson Tuesday. Gov Brewer made an appearance at Mr. An's Teppan Steak & Sushi in Tucson Tuesday night just as early returns in Arizona's primary elections were starting to come in. Brewer's victory has been credited to her signing SB 1070 and taking a tough stand on illegal immigration and against the Obama administration. PHOTO BY JACK KURTZ 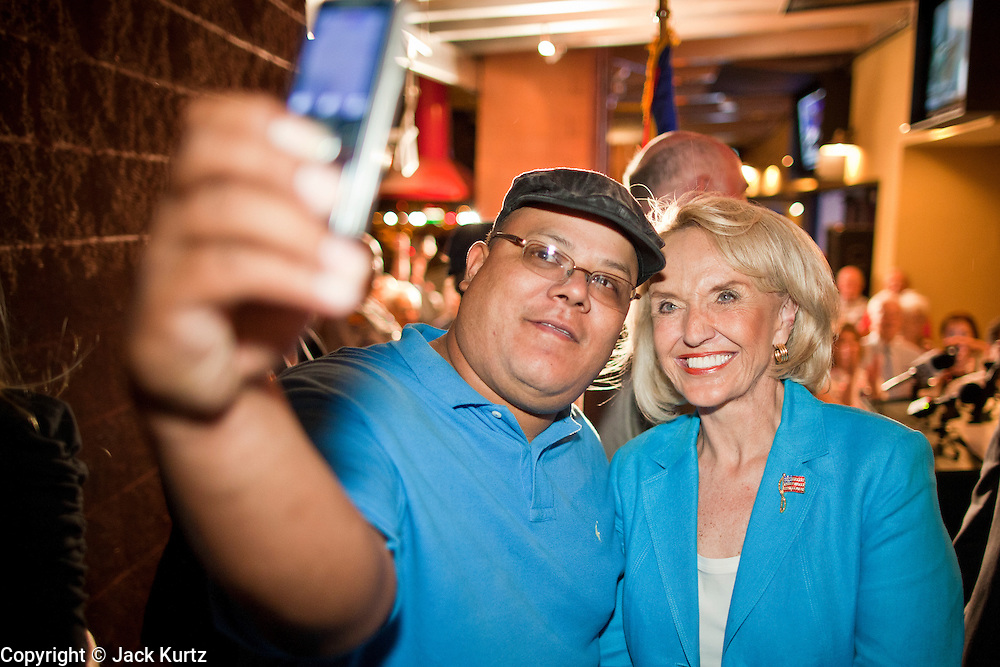