05 JANUARY 2017 - BANGKOK, THAILAND: A woman and her son look at artisan bird cages made by her family in the Pom Mahakan slum. More than 40 families still live in the Pom Mahakan Fort community. Bangkok officials are trying to move them out of the fort and community leaders are barricading themselves in the fort. The residents of the historic fort are joined almost every day by community activists from around Bangkok who support their efforts to stay. City officials pushed back their deadline and now say that they expect to have the old fort cleared of residents and construction on the new park started by the end of February 2017. PHOTO BY JACK KURTZ 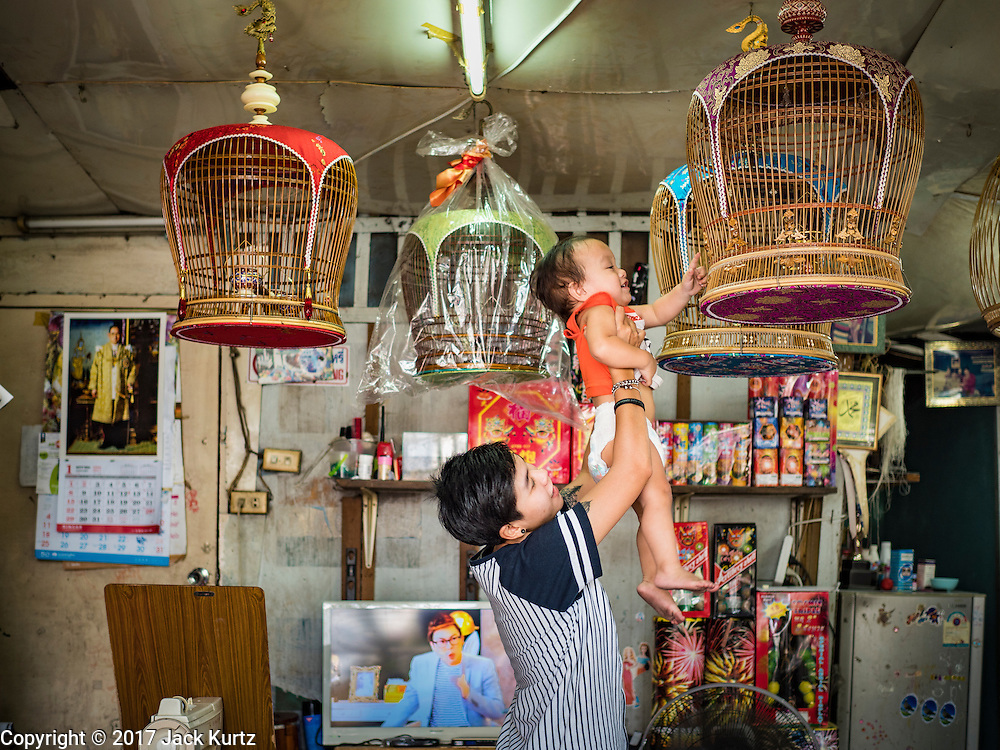