14 DECEMBER 2013 - BANGKOK, THAILAND: A man listens to Suthep Thaugsuban, leader of the anti-government movement in Bangkok, during an anti-government rally in Bangkok. The Thai anti-government movement, called the People's Democratic Reform Committee (PRDC) sponsored a forum Saturday to establish guidelines for political reform in Thailand. The opposition leader, Suther Thaugsuban, said his movement will not participate in a similar forum, sponsored by the government scheduled for Sunday. Thailand's political impasse continues with the opposition calling for the caretaker government of Prime Minister Yingluck Shinawatra to step down. Yingluck has, so far, refused to step down from her caretaker roll. Crowds at the anti-government rallies have shrunk substantially since the collapse of the government earlier in the week. PHOTO BY JACK KURTZ 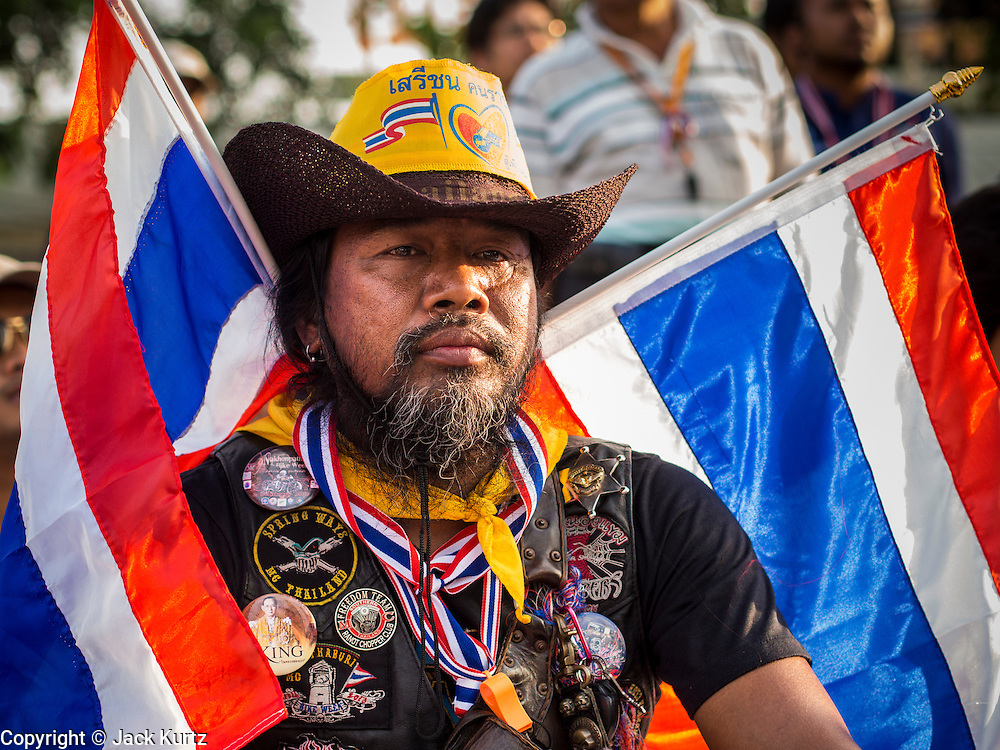