23 JANUARY 2012 - PHOENIX, AZ: Speaker of the House, Andy Tobin (CQ CENTER) talks about the Arizona House investigation of "Fast and Furious" at the State Capitol Monday, Jan 23. Both sides of the immigration debate congregated on the capitol grounds to protest against and in favor of SB 1070 and other anti immigration bills. At the same time people were protesting, legislators from both sides of the issue held press conferences. PHOTO BY JACK KURTZ 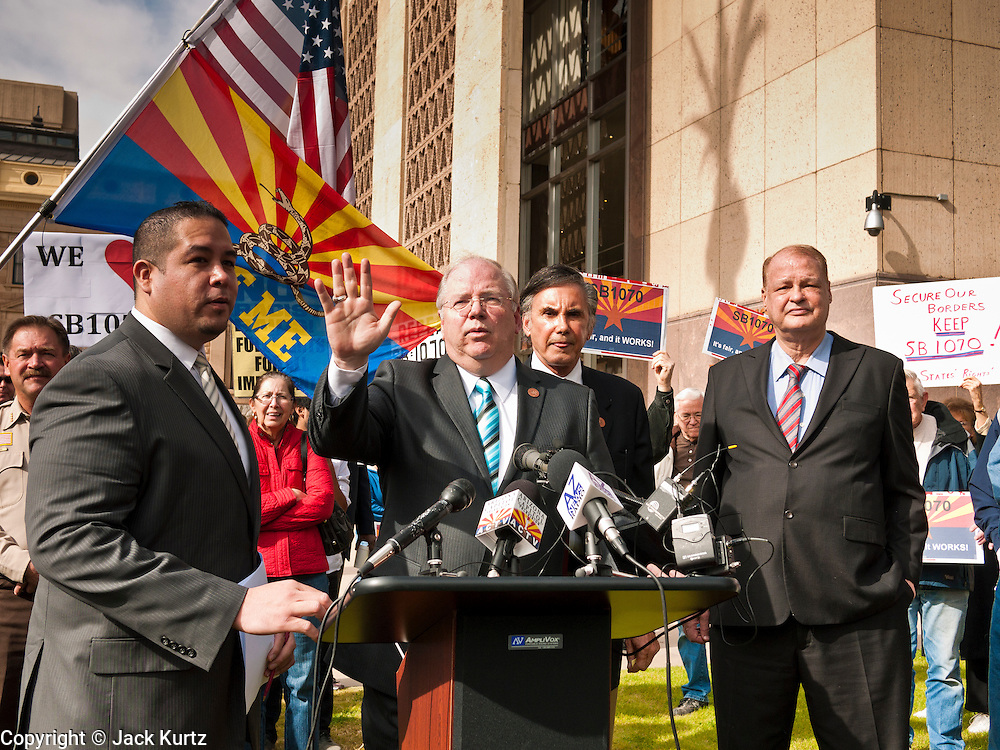