09 MAY 2011 - PHOENIX, AZ: RUSSELL PEARCE, President of the Arizona State Senate, Governor JAN BREWER and TOM HORNE, (CENTER) Attorney General of Arizona, during a press conference at the Arizona State Capitol in Phoenix Monday. Governor Jan Brewer, State Senate President Russell Pearce and Attorney General Tom Horne, all Republicans, held one press conference to announce that the state was suing to take its legal battle over SB1070, Arizona's tough anti-immigration law, past the US Court of Appeals and straight to the US Supreme Court. State Senator Steve Gallardo, a Democrat, held a press conference to announce that he was opposed to the Republican's legal actions and called on them to drop the suit altogether. Isolated shouting matches broke out between activists on both sides of the immigration issue during the press conferences. Photo by Jack Kurtz 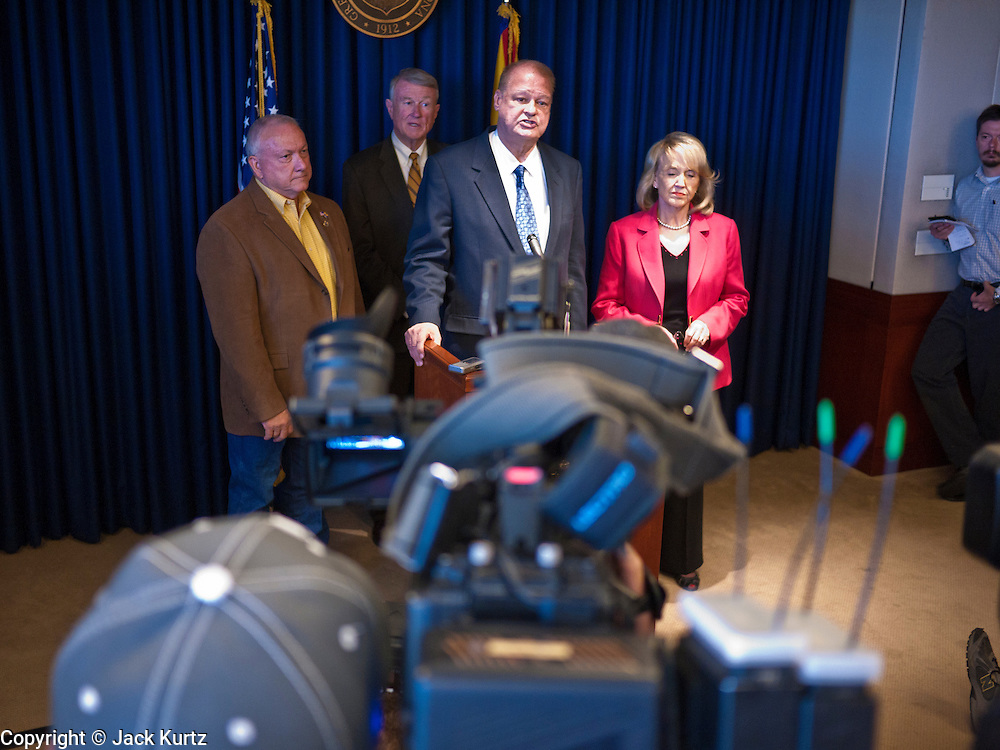