27 FEBRUARY 2008 -- MAE SOT, TAK, THAILAND: Thai soldiers on the Thai side of the border talk to Burmese cigarette smugglers on the Burmese side of the border along the Thai - Myanmar (Burma) border in Mae Sot, Thailand. Thai authority ends at the metal railing separating the men and Burmese smugglers line up along the rail to sell cigarettes and liquor to people on the Thai side of the rail. There are millions of Burmese migrant workers and refugees living in Thailand. Many live in refugee camps along the Thai-Burma (Myanmar) border, but most live in Thailand as illegal immigrants. They don't have papers and can not live, work or travel in Thailand but they do so "under the radar" by either avoiding Thai officials or paying bribes to stay in the country. Most have fled political persecution in Burma but many are simply in search of a better life and greater economic opportunity. Photo by Jack Kurtz 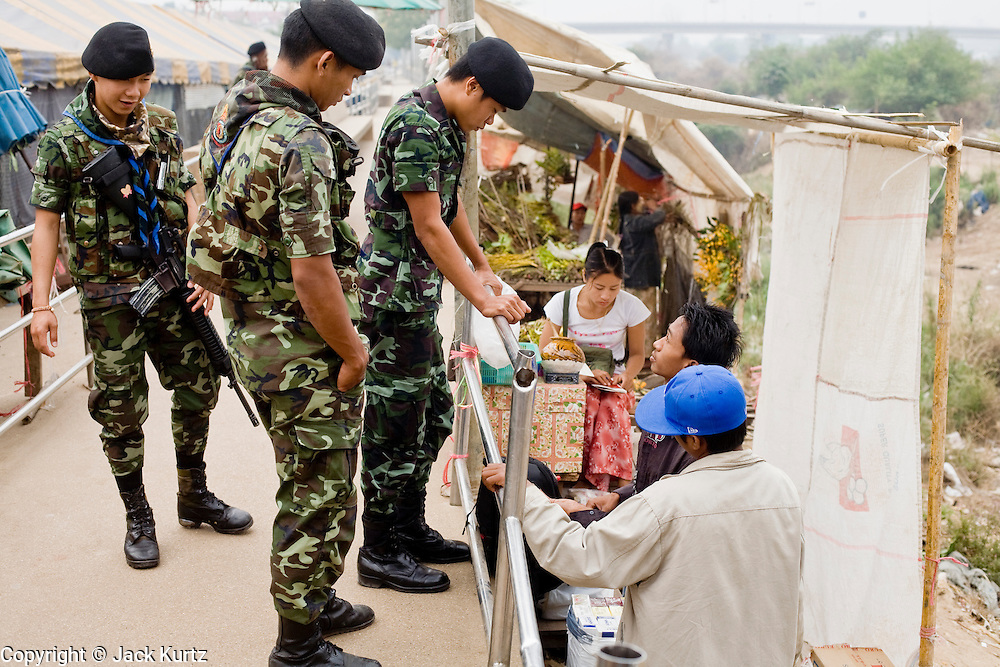