18 JULY 2005 - PHOENIX, AZ, USA: Inmates in the Maricopa County Jail, clean out a jail cell now used to shelter abandoned animals at the Maricopa Animal Safe Hospice (MASH) an animal shelter created by Maricopa County Sheriff Joe Arpaio. Arpaio created the no kill shelter in 2000 and staffs it with women inmates from the county jail system. Most of the 60 dogs and 32 cats in the shelter were rescued from abusive homes. The animals are available for adoption to homes in Maricopa County. The shelter is housed in an old jail next to the county courthouse. Working in the shelter is considered a plum assignment by inmates and there is a waiting list to be assigned to the shelter. In 2011, the US Department of Justice issued a report highly critical of the Maricopa County Sheriff's Department and the jails. The DOJ said the Sheriff's Dept. engages in widespread discrimination against Latinos during traffic stops and immigration enforcement, violates the rights of Spanish speaking prisoners in the jails and retaliates against the Sheriff's political opponents. PHOTO BY JACK KURTZ 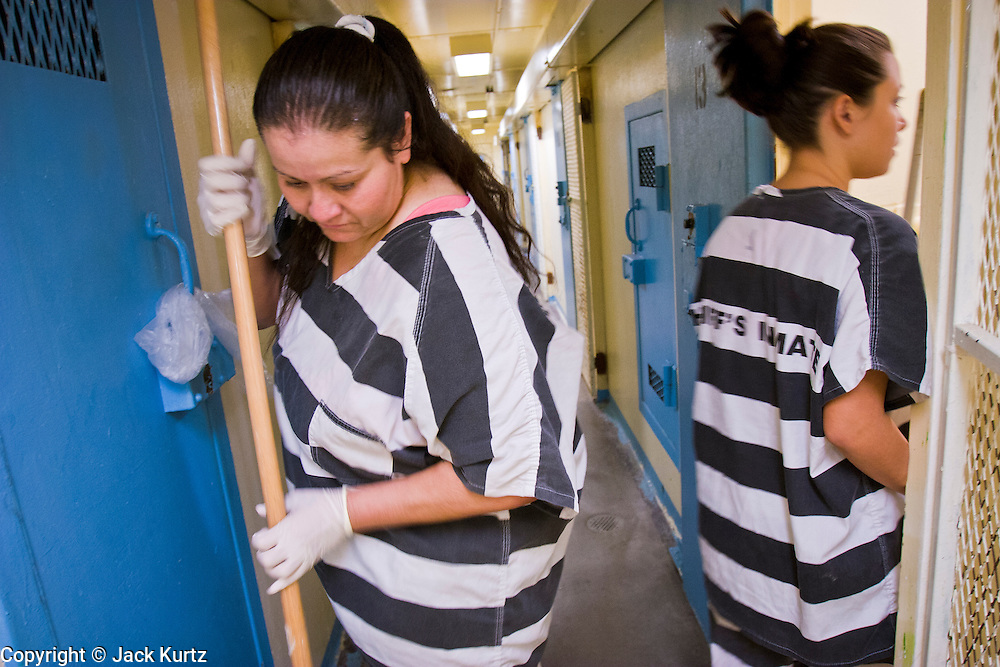