20 MAY 2104 - BANGKOK, THAILAND: Thai soldiers at a checkpoint on Rama I Road in Bangkok after the Thai army declared martial law. The army declared martial law throughout Thailand in response to growing political tensions between anti-government protests led by Suthep Thaugsuban and pro-government protests led by the "Red Shirts" who support ousted Prime Minister Yingluck Shinawatra. Despite the declaration of martial law, daily life went on in Bangkok in a normal fashion. There were small isolated protests against martial law, which some Thais called a coup, but there was no violence. PHOTO BY JACK KURTZ 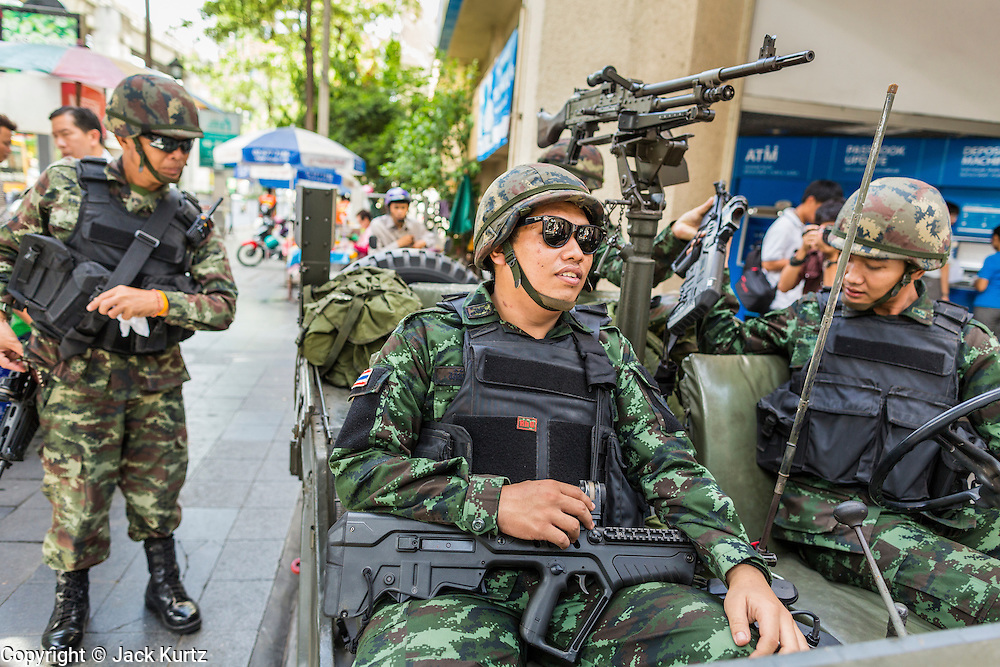