The Death of Bhumibol Adulyadej, the Late King of Thailand

20 JANUARY 2017 - BANGKOK, THAILAND: Buddhist monks collect alms from people during a "tak bat" (alms giving ceremony) on the plaza in front of Bangkok's City Hall. Hundreds of municipal workers and civil servants made merit by praying and presenting alms to 89 Buddhist monks Friday to mark 100 days of mourning since the death of revered Bhumibol Adulyadej, the Late King of Thailand. The significance of 89 monks is that the King, who died on October 13, 2016, was a few weeks short of his 89th birthday. PHOTO BY JACK KURTZ 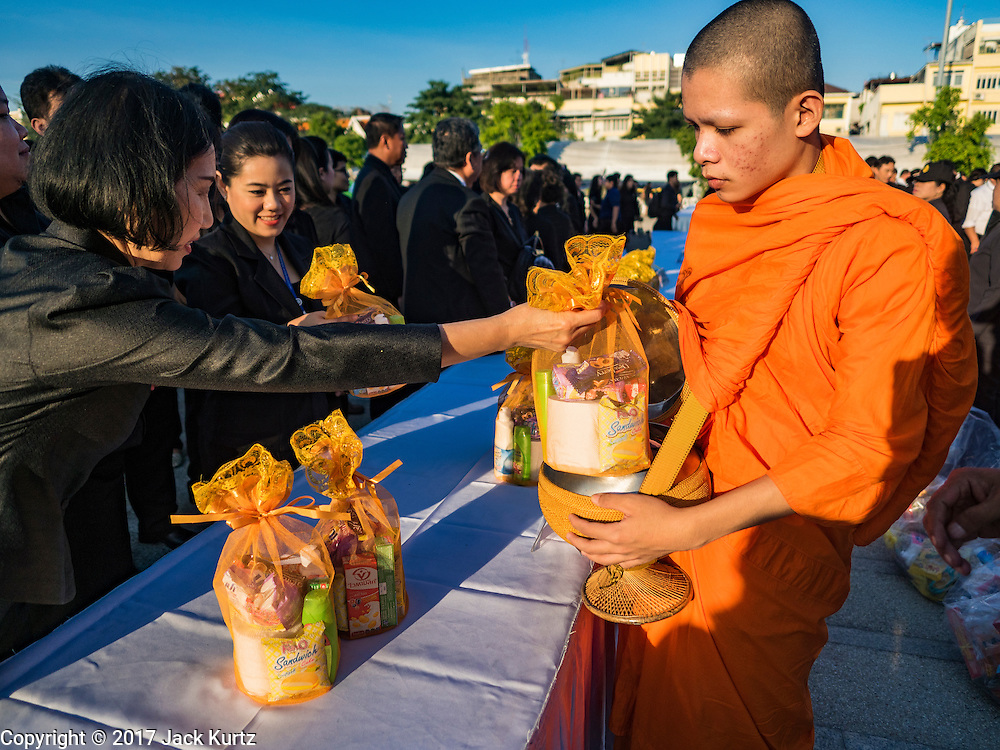